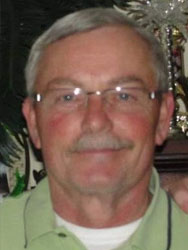 A native of Savannah, Perry was born on November 1st, 1956 to Perry L. Sapp, Sr. and Betty Louise Morris Sapp. Perry was a graduate of Herschel V. Jenkins High School. A veteran of the U.S. Navy, he served as a Corpsman during the Vietnam era for four years and then continued his service in the Naval Reserve. Perry later worked in maintenance at the old Chatham County Jail before retiring with a medical disability.

An avid collector, Perry was fascinated by anything nautical, antique “talking machines” and the 78 RPM records that they played, matchbook covers, antique toys, and several other things. He was also an ardent fan of the Fighting Irish of Notre Dame.

He was a member of the IBEW Local #508, Chapter 671 of the Vietnam Veterans of America, and the American Legion Post 135.

Perry was greatly loved and will be missed by all of his family and friends.

Offer Condolence for the family of Perry L. Sapp

Virginia MacKay Fields, 93, passed away on Wednesday, June 22 at Woodlands Rehab and Nursing Home after an extended illness.

She was born in Savannah, and lived most of her life there before retiring from Gulfstream. After retirement, she took more time to enjoy her favorite things, working in her beautiful flower beds, and going to the beach.

A private service will be held at a letter date.

Offer Condolence for the family of Virginia MacKay Fields

Robert H. Wyatt passed away at Spanish Oaks Retreat, Savannah, Georgia on June 23, 2016 at the age of 69. Robert was the son of the late Herbert and Dolores Wyatt and was preceded in passing by his beloved brother David Wyatt of Lexington, Kentucky.

Bob is survived by Debbie Wyatt, his wife and best friend of 42 years who he married in Jacksonville, Florida on August 10, 1974. Bob is lovingly remembered by his brother Peter; his sons, Philip and Kenny Wyatt; Kenny’s wife, Ashley; his two grandsons, Theo and Ethan; his niece, Karen Wyatt and sister-in-law, Terry Wyatt.

Bob was born in Lexington, Kentucky on March 21, 1947, and, always an extremely intelligent young man, left high school a year early to attend Centre College, from which he graduated in 1968. He went on to earn an M.S. in Chemistry from CalTech in 1971, and an M.D. from the University of Kentucky in 1975. He successfully completed a residency program in neurology at the Ohio State University.

Bob practiced clinical neurology with Neurological Associates of Columbus, Ohio for thirty years. He loved his work and attended to each patient with sincere compassion and concern and to each Ohio State intern with patience and good humor. He contributed to his community with his vast intellect and delighted fellow parishioners of Worthington Baptist Church with his rich tenor voice.

His true passion, however, was his family. He shared proudly in the career accomplishments of his wife and sons and was happiest being out in the world with them. Whether he was tramping through Scotland with Debbie; touring Paris with Phil; golfing with Kenny in Arizona; or hiking and biking with the whole family through the forests and farmscapes of his adopted Ohio home, he was at his best with them. He will be profoundly missed.

A memorial service will be held at First Baptist Church, 223 Bull Street, Savannah, Georgia on July 2, 2016 at 11:00 A.M. A lunch reception for friends and family will be held immediately following the service in Lewis Hall located behind the sanctuary on W. McDonough St. The Reverend John Finley will be officiating.

Offer Condolence for the family of Robert H. Wyatt

Harry was born June 6, 1937 to the late C.P. Cowart and Geraldine Cowart of Hahira, Georgia. He lived in South Georgia all his childhood and graduated High School from Mitchell County. He attended Georgia Southern University where he earned his degree in education. Dr Cowart then went to the University of Georgia where he received a Doctorate in 1970. He retired from the Chatham County Board of Education where he was Director of Special Education. Dr Cowart was also a professor at Armstrong University and Savannah Technical College.

In lieu of flowers the family requests contributions to the University of Georgia Alumni Association.

Offer Condolence for the family of Dr. Harry J. Cowart 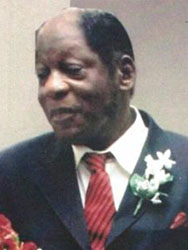 Ben, Born on June 10, 1937 to Benjamin Butler, Sr. and Sallie (Legree) Butler, in Savannah, Georgia. He attended Burroughs Community School, Haven Home School, Cuyler Street School and later Beach High School. He worked in construction and assisted in the building of the King’s Ferry Bridge that connected Chatham County to Bryan County and also the Hunter Army Airfield Run strip. Later he worked at Night Scrap as a metal and iron worker and Allied Savannah Wholesale Distribution Center until retiring from Haverty’s Furniture after 20 years of employment.

Offer Condolence for the family of Benjamin Butler, Jr.