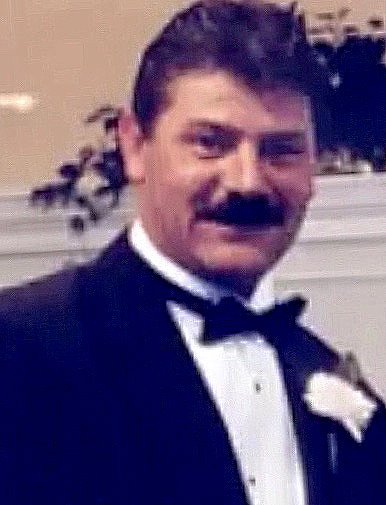 Randell Eugene Conner, age 51, passed away October 25, 2018 at St Joseph’s Hospital, Savannah Georgia, after a short illness.
He lived most of his life in Garden City and was employed at Georgia Ports Authorities, with CSI, for 20 years, as a grid designer/ supervisor.
Randell’s greatest hobby was NASCAR racing and spending time with his son, daughter, and nephew, Brandon Bodaford.
He was preceded in death by his father, Gazzie Edward Conner, brothers, Danny Conner(infant) and Tony Conner.
Surviving are his son, Christopher Conner (Amanda), grandson, Colton Hunter Conner- Due December 2018. Daughter, Jennifer Douberly (Bryan) grandchildren- Caleb, Erika, and Landon, all of Brooklet Georgia. Mother, Miriam Conner, two sisters, Karen Goodlin (Wayne) and Jennifer Allen, three brothers, Richard Conner, Mitchell Conner (Becky)and Gazzie Delin Conner. Several nieces, nephews and cousins.
A Memorial Service will be announced later, when final arrangements are made.
“Do not weep for me for I have not gone. I am the memory that dwells in the heart of those who knew me. Therefore, the wise weep not, but rejoice at the transformation of my Being”.

Offer Condolence for the family of Randell Eugene Conner 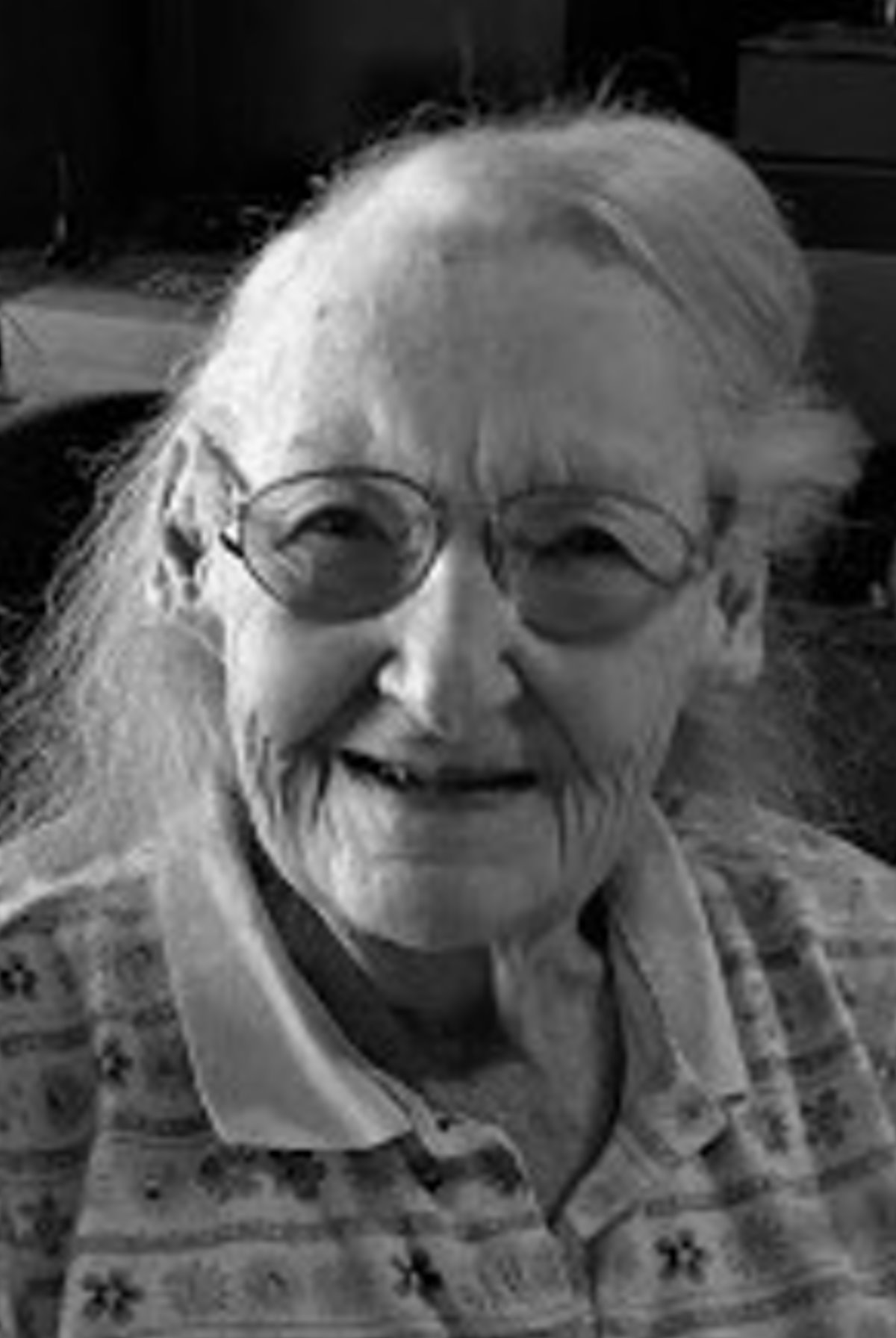 She was born on February 8, 1925 in Galveston, Texas to John Pinkard Clifford and May Elizabeth Baron. She is proceeded in death by her husband of 47 years, Carlos Martinez Morales.

A memorial service will be held jointly with the funeral service for Jack Andrew Wheeler at Trinity Chapel, Hillcrest Abby East, 1600 Wheaton St, at 10:00AM, Saturday October 27, 2018. Inurnment will be in Webster, Texas on a later date.

Offer Condolence for the family of Mary Francis Morales 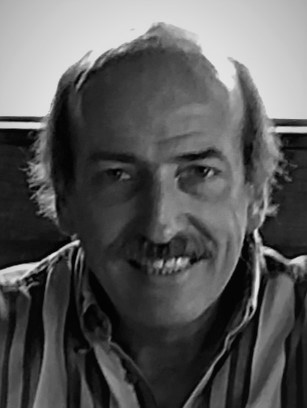 Jack Andrew Wheeler passed away on October 16, 2018 at the age of 56. After graduation he enjoyed traveling the country with a small carnival and had many interesting stories to share. He then worked as a wood molding machinist but later found his true calling working with wood carvings and clocks. A gentle and free-spirited soul, he was an avid reader and could start a conversation with anyone he met.

The Savannah native was preceded in death by his parents, Harrold and Gerri Wheeler.

The funeral service will be held jointly with a funeral service for Mary Francis Morales at Trinity Chapel – Hillcrest Abbey East, 1600 Wheaton Street at 10:00 AM on Saturday, October 27, 2018. Inurnment will follow.

Offer Condolence for the family of Jack Andrew Wheeler 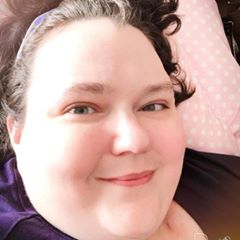 Mrs. Andrea Lee (Lewis) Hughes “Andii”, born on November 30, 1979 in Lakeland, Florida to Julia Johnson Lewis and the late Andrew “Buddy” Lee Lewis, Jr, went home to the Lord at age 38 on October 13, 2018 in Garden City, Georgia after a long battle with cervical cancer.
She graduated from South Effingham High School in 1997. She was a homemaker and Homeschooling mother. Andrea was the loving wife of Benjamin Donald Hughes.
She was preceded in death by her brother, Christopher Lee Lewis; grandmother, Amy Izora Horton Lewis; and grandfathers, Andrew Lee Lewis and Marvin Harley Johnson.
Andrea is survived by her sons, Sebastian Christopher Solomon Hughes and Cecil Alexander Nathaniel “Xander” Hughes; and grandmother, Clarice Hagan Johnson.
Andrea had a passion for books, enjoyed creating journals, scrap-booking, and cross-stitch. During the last years of her life, Andrea spent much of her time sharing her faith and her cancer story with others through social media; encouraging women to receive recommended health screenings to prevent more needless deaths.
No service is planned at this time per her request. In lieu of flowers, please make donations to the American Cancer Society.

William P. Reed (Spider), 93, died after a brief illness, in Savannah GA. He was born in a small house overlooking the Mississippi River on July 27th, 1925 in Hickman, Kentucky, the son of Clarence and Betty Louise (Curlin) Reed. After spending one year at Vanderbilt University, he was given an appointment to and graduated from the United States Military Academy in 1946, where he was commissioned as a Second Lieutenant. After graduation, Bill’s first assignment was in Tokyo, Japan during the occupation, as aid to General Whitehead. Upon returning to America, Bill married Phoebe Ann Hunt of Cincinnati, Ohio in 1952 – the sister of West Point dear friend and classmate Senour Hunt (Si). Thus, began their life in the Air Force that would take them on assignments from Riverside California to Abilene, Texas to Omaha, Nebraska to High Wycombe, England to Great Falls, Montana to Montgomery, Alabama and to Washington DC.
In 1967, Bill attended the United States Air Force Air War College in Montgomery, Alabama where he completed his Master of Strategic Studies – International Affairs. He ended his service as a Colonel, Chief of the Investigations Division, Air Force Legislative Liaison to the Pentagon and at retirement was awarded the Legion of Merit Medal. He retired from the Air Force in August 1969, after a happy life, rich in wonderful memories. A majority of his 23 years in the service was spent all over the world in units of the Strategic Air Command (SAC).
After retiring, he moved to Atlanta, as Director of Operations for the Cushman Corporation, a land development company that built Colony Square (one of the first mixed uses real estate developments in the country). He also worked with the architect John Portman as one of the team of project directors for the Atlanta Westin Peachtree Plaza and Los Angeles Bonaventure Hotels. After leaving Portman, Bill started the William P. Reed company and participated in real estate development projects across the country. Bill’s company was the primary developer of the Hilton University of Florida Hotel Conference Center in Gainesville, Florida.
Bill was preceded in death by his wife of 45 years, Phoebe Ann Hunt Reed and sister Betty Ann Hefley, Dorothy Curlin Morrison (Dolly), Laura Hefley, John Hefley, Dr. Bill Morrison, and Shelton Morrison.
Survivors include his son William Preston Reed Jr. and his wife Molly Toll-Reed of Davidson, North Carolina, their daughters Phoebe and Margot, son Senour Hunt Reed, of Sharpsburg, Georgia, daughter Phoebe Curlin Sullivan and her husband Luke Longstreet Sullivan of Savannah, Georgia, their sons Reed and Preston, son David Morrison, and his son Justin Morrison. Other surviving extended family members include Charlie Hefley, Nancy Hefley, Charles Hefley, Buddy Hefley, Richard Hefley, Becky Hefley, Cheryl Morrison, Nichole Morrison Gunn, Katie Morrison Bailey, Kacey Morrison Davis, Dr. John Morrison, Rita Morrison, Hollidae Morrison, Cody Morrison, Marilyn Morrison Williamson, Eddie Williamson, John Williamson, Jeff Williamson, Cathy Morrison, Quincy Morrison and James Gordon Meek.
The family will have a Life Celebration in April 2019 in Atlanta. In addition, the family will have a ceremony in 2019 at Arlington National Cemetery. Once final preparations have been made, the family will provide additional information on both gatherings.
In lieu of flowers, we ask that you donate to the West Point Association of Graduates, the Long Grey Line. https://www.westpointaog.org/LongGrayLineFund

Offer Condolence for the family of William P. Reed