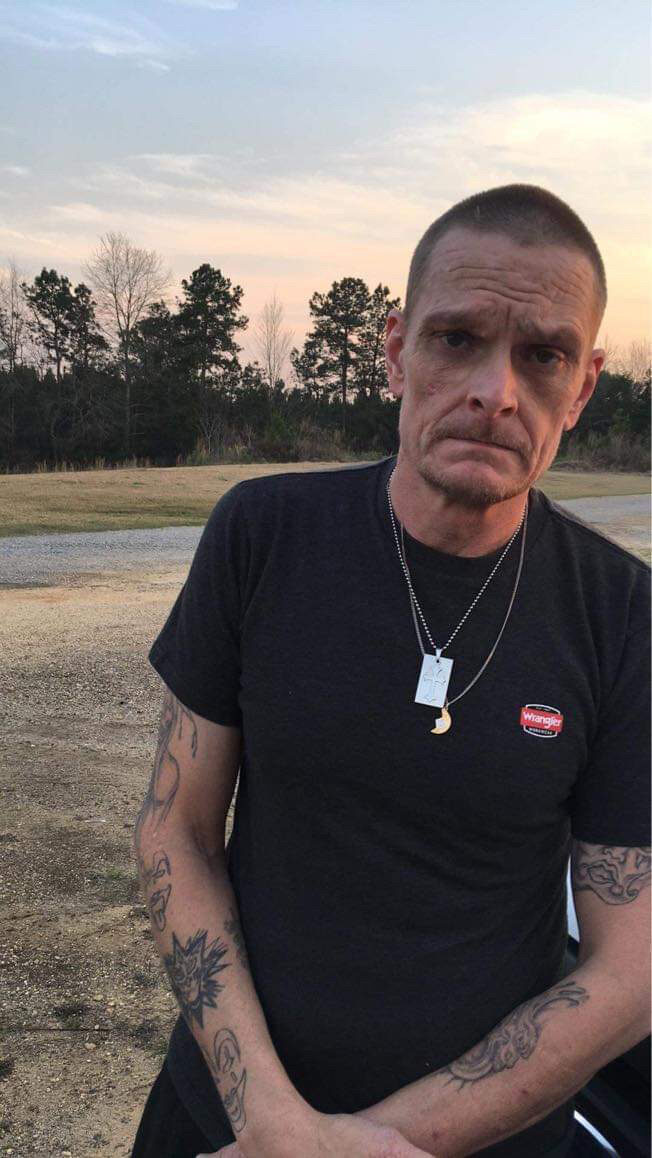 On December 27, 2022, in Savannah GA, the world lost Jesse Earl Reynolds, 50, a truly special soul. He was proceeded in death by his mother, Nancy Reynolds, and his brother William Reynolds. He is survived by his 3 children Caitlyn, William, and Samuel, as well as his sister Tammy Mireles and stepfather William Robinson.

Furthermore, Mr. Reynolds left behind his wife Melissa Reynolds, whom he so lovingly called “Monkey,” her 2 children Alysha and Hope, and 4 grandchildren Seth, Sean, Skky, and Davin.

His passing symbolizes the return of one of God’s angels to his eternal home. Despite bravely fighting with his own mental issues and health complications, this selfless human being was always concerned for and devoted to the welfare of others, reaching out to the people around him in order to assist and help them in any way possible.

Jesse will forever be remembered by, not only family and friends, but also all the people his caring nature and compassionate life has touched.

Offer Condolence for the family of Jesse Earl Reynolds 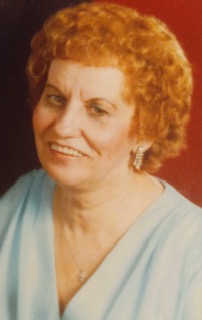 Lorraine Cunningham, 93, of Savannah, passed away on December 18th.

A private Family service will be held.

Offer Condolence for the family of Lorraine June Cunningham 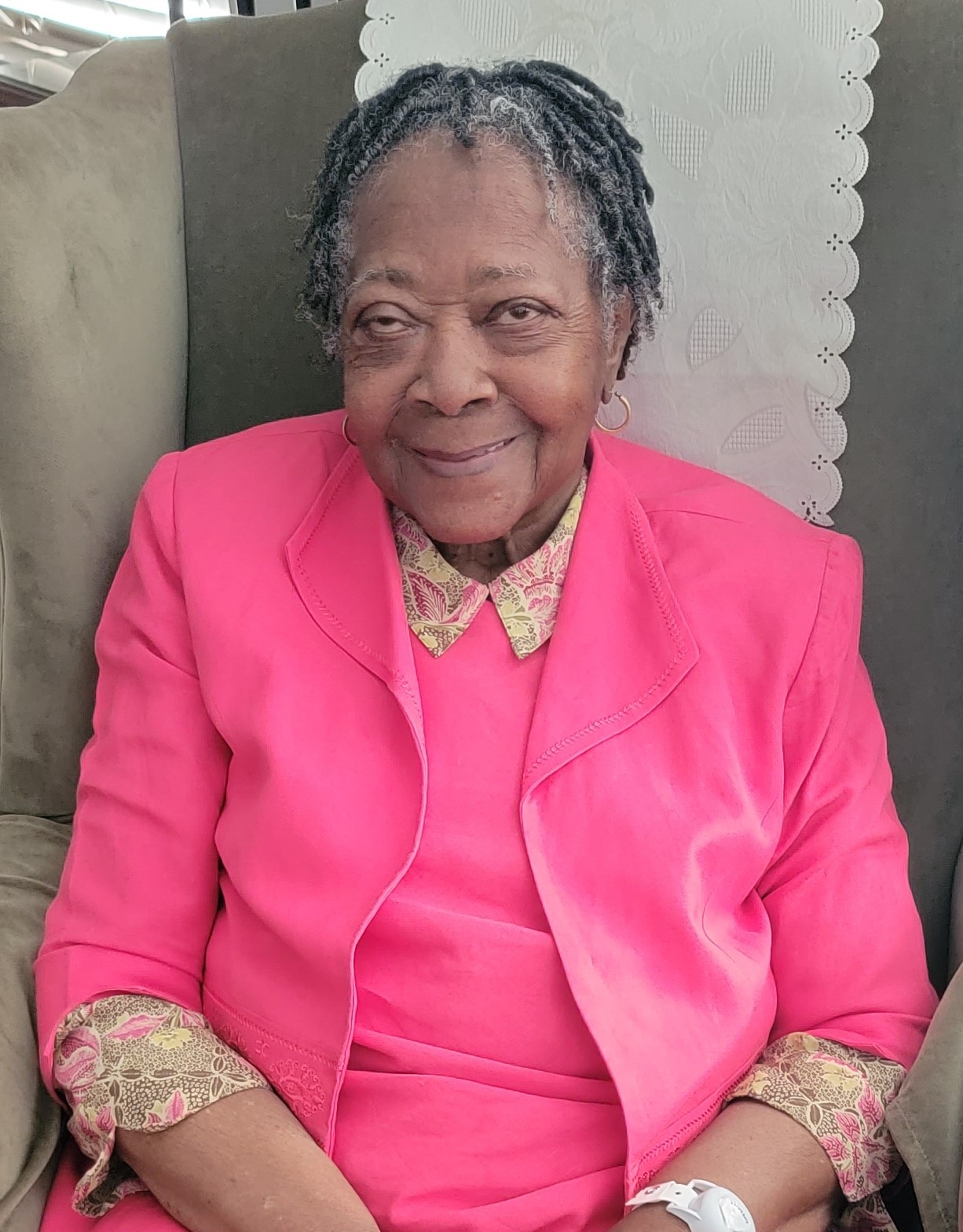 “Love is patient, love is kind. It does not envy, it does not boast, it is not proud. It does not dishonor others, it is not self-seeking, it is not easily angered, it keeps no record of wrongs. Love does not delight in evil but rejoices with the truth. It always protects, always trust, always hopes, always perseveres.” 1 Corinthians 13: 4 – 7.

On June 11, 1936 at 9:00 am a bouncing baby girl entered this world and her parents, Snow and Mae
Ethel (Edwards) Wilson, named her Jennie Mae. She would join her 2 siblings, Israel (Brother) and Anna
from this union. Jennie grew up in the 5 Mile Bend area of Chatham County, GA and was raised by her
paternal aunt, Mary Edwards along with her son, Jerome.

Jennie began her elementary education at St. Benedict Catholic School. In 1950, Jennie relocated to
Philadelphia PA where she reunited with her parents and siblings. Jennie continued her education at
Southern High School where she graduated in 1954. She entered the workforce after graduation and
had several jobs until landing her career employment at the Quartermaster with the Dept. of Personnel
Support Center in 1974. Jennie started out as a Seamstress making uniforms for the military and retired
as the Director of Manufacturing in 1994 when the plant was closed.

Jennie lived with her parents on Wilder St and Island Ave, allowing her to save up her coins to purchase
her own home in 1977 at 1206 W. Jefferson St. She was proud of her house and truly made it a home
for herself and anyone else that visited. There were always family and friends around to enjoy her
cooking, baking and competitive nature when it came to playing cards, board games, puzzles, game
shows and gambling. She was affectionately called Auntie, Jane, Hook and Gemini Twin.
Jennie had a longtime friendship with Edward Lovett Brooker. They eventually realize that they were
more than friends and made it official. She never had any biological children of her own but she lovingly
raised and nurtured her nieces and cousin, Barbara, Lil Anna, and Cookie.

Jennie was a faithful and devoted servant and Christian. She was a member of St. Malachy Catholic
Church for over 40 years. Jennie’s faith was tested on November 29, 2004, when an unexpected heart
attack took the life of her beloved husband, ‘Brooks’. Life as she knew it changed forever and in March
of 2005, she sold her home, packed up her memories and returned to her roots to live with her father in
Savannah, GA.

Jennie’s faith was restored when she started attending and later joined St. Anthony of Padua
(Resurrection of Our Lord Catholic Church) under the leadership of Father Robert E. Chaney. She served
as the Extraordinary Minister of the Holy Eucharist at 8:00 am Mass, until she was no longer able to
carry out her duties. She also attended Canaan Community UMC with Cookie and was considered an
honorary member.

There was never a dull moment when you were in her presence. She always had a smile on her face,
some food in her hand, and full of life, laughter and love. There are so many words to describe Jennie
but these sum it up; Blunt, Courageous, Genuine, Giving, Quick, Polite and a ball of Spirit.
At 10:00 am on December 17th the Lord whispered, “It is finished” and she took her last breath. No
more pain or worries of this world.

The family is asking all family and friends attending the service to wear shades of purple in honor of Alzheimer Awareness.

Offer Condolence for the family of Jennie M. Brooker 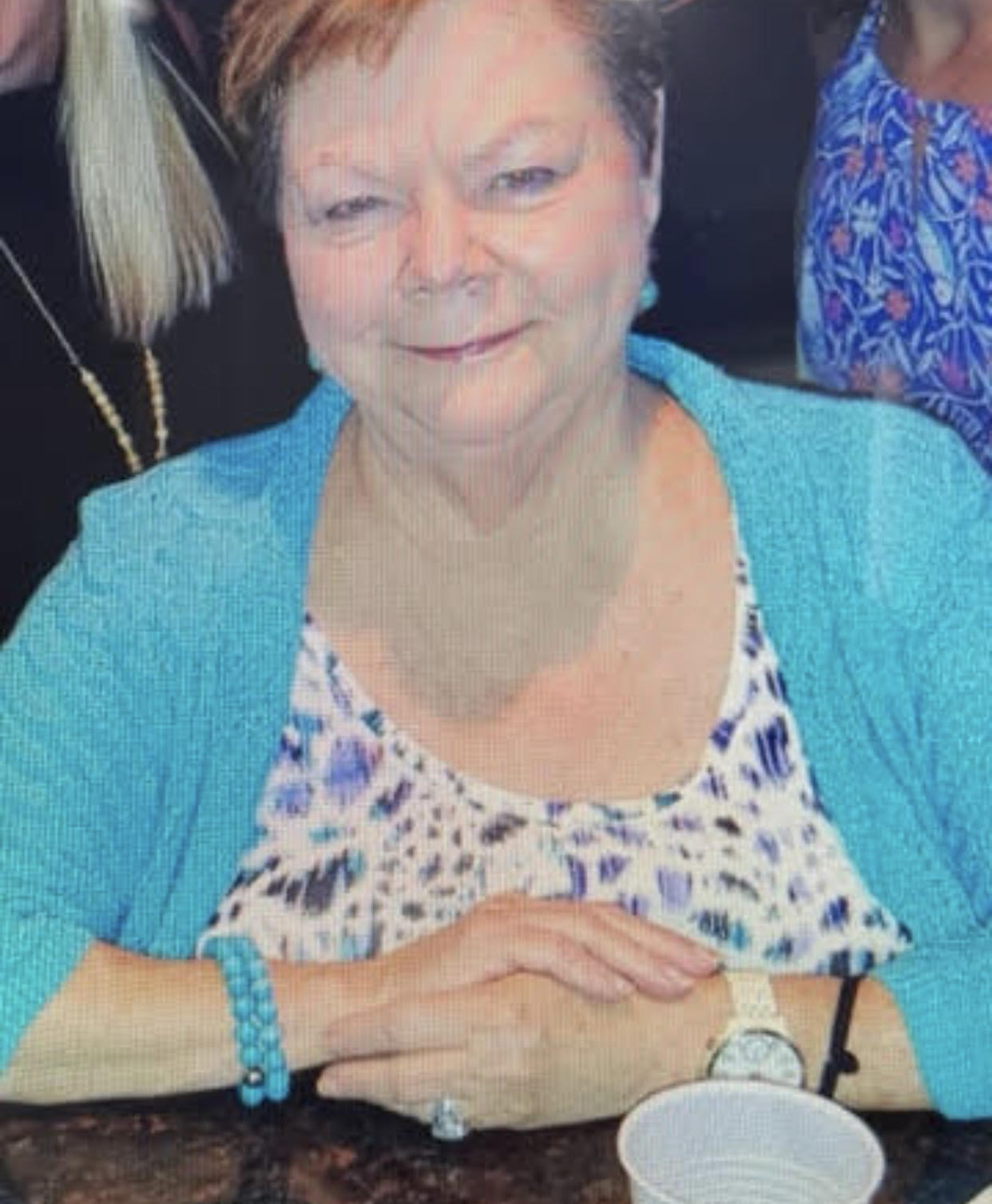 Our beloved Terrie, wife, sister, aunt, friend and fellow Ya Ya sister, passed away peacefully at home on Wednesday December 7th just after midnight.

Terrie was born in Savannah, GA on August 10, 1957 to Tossie Griner, Sr. and Edith Shiver. She was predeceased by both of her parents.

She was a former member of Morningside Baptist Church, attended Bible Baptist School and graduated from Herschel V. Jenkins High School in 1975. Terrie retired from BB&T after 30 years of service in the mortgage business.

Throughout her life she lived to make others happy. Her friends and family knew her to live life to the fullest. Her family and friends were all in their own way, so very special to her, whether they met at work, holiday gatherings or at one of her favorite hangouts, Norwood Tavern. She was the 2nd generation “Peanut Butter Cake” provider on many special occasions. It was out of this world if you ever had a piece!

Offer Condolence for the family of Teresa Sue Bell 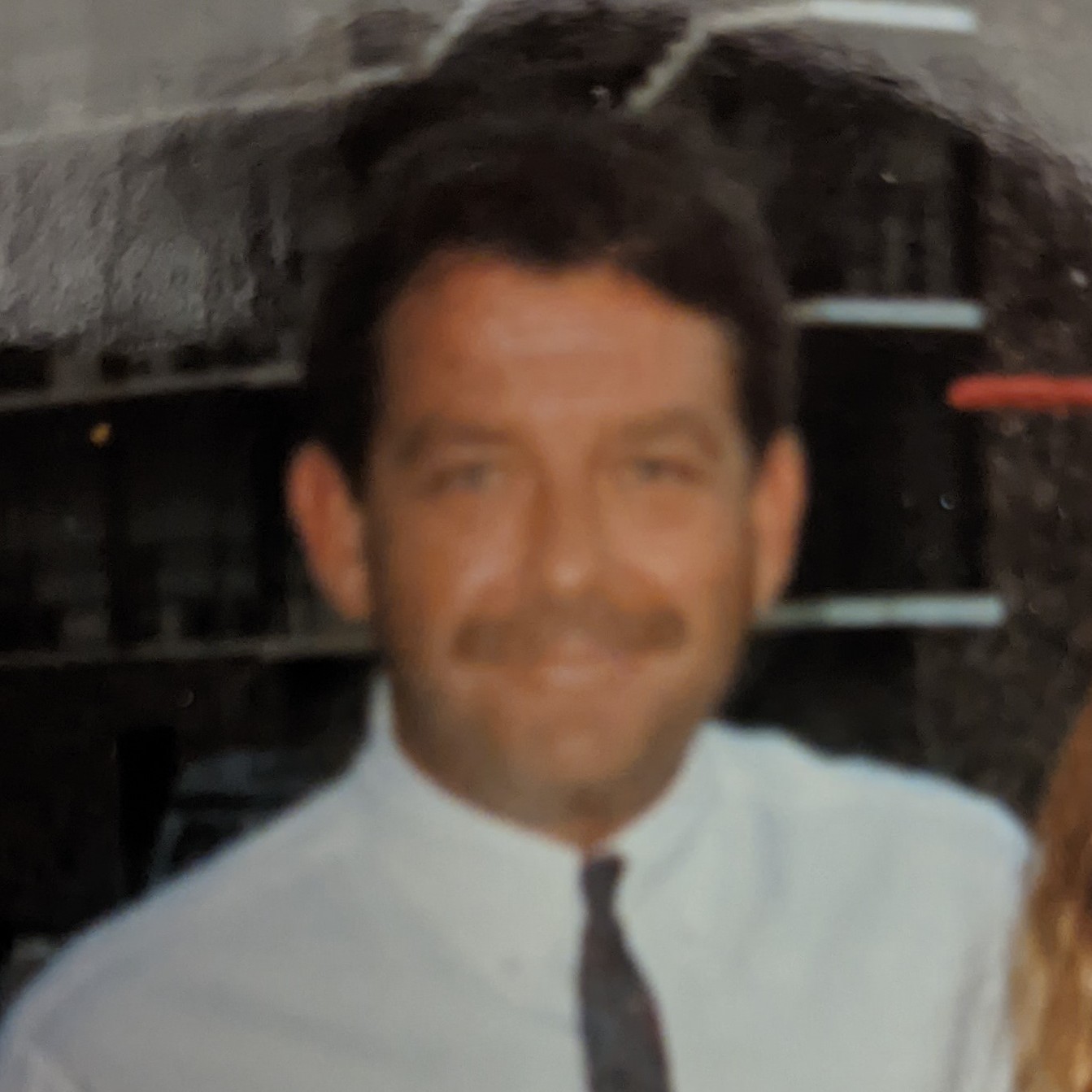 Michael Lynn Martin finished his race and returned home to his Creator at High~Noon on December 15, 2022. Born in Orlando, FL on December 5, 1956 as the youngest of five children to Thomas and Carrie Martin, he called Savannah, GA home since he was four.

A 1974 graduate of Savannah High, he continued his youthful love of baseball and football throughout his life, retiring from Georgia Regional Hospital after 27 years.

Aside from legendary joke telling and all-around charm, he also shared a wholeheartedly fulfilling life with the Absolute Love of His Life, Christine, raised some, dare-I-say, awesome daughters, Khristina and Marie, or Princess and Boo, and was the Papa Bear to some of the most epic grandkids: Nyaomei, Olivia, Isabella, Londyn, Michael, Kinley, and Layton.

As Daddy would say to Me the way I hear it: “You’ll never choose the path you have in life but you can sure as hell change the way you walk, run, or even limp it.”

All the Kisses on the Jaw, Ya Stupid Ol Goat ~M/Boo

A memorial service will be held at 11 am on Tuesday, December 20, 2022 at Families First Funeral Care.

Offer Condolence for the family of Michael L. Martin