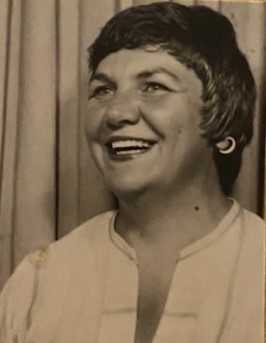 She was part of the 2nd graduating Class from Jenkins High School in Savannah, GA. She went on to attend college at Armstrong Atlantic State University. While at Armstrong she was the President of her Sorority, Beta Sigma Chapter #2904.

She is survived by her husband of 56 years, Tony; son Anthony W. Demas, Jr. of Newington, GA, and his wife Elaine, daughter Angel Demas Barefoot of Savannah, GA, and her husband Richard. Six grandchildren, Amanda, Justin, Jon, William, Rochelle, and Keith. Three great-grandchildren, Jocelyn, Cole, and Harper, and one on the way, Dale. She is also survived by her brother, Walter T. Davis, III, “Buster” along with several nieces and nephews.

Judy was predeceased by her beloved daughter, her parents, and her three sisters.

Judy was a beloved wife and devoted friend and dedicated to her family both near and far.

In lieu of flowers memorials can be made to the Alzheimer’s Association at www.alz.org.

The family will be holding a private memorial TBD.

Offer Condolence for the family of Judit Ann Davis Demas