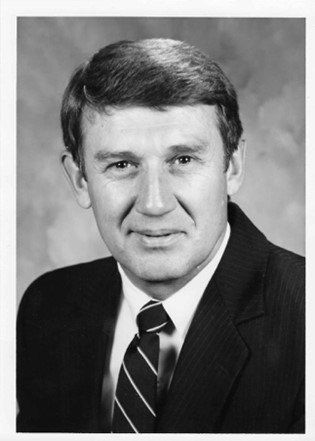 Ken was born on December 23, 1938, in Vail, Iowa, to Clarence and Hilda Jahde. He grew up on a farm near a small German town, Schleswig, IA. Ken’s small-town roots were always close to his heart. His childhood in Schleswig was filled with memorable family gatherings, church, school and sport activities. He earned 11 letters in 4 years in football, basketball, and track. He received honorable mention for the Iowa All State Football Team and placed 5th in state in the 800 yard dash in track. He was also class President Jr & Sr years and the Student Council President. He would carry the importance of family, church, and community throughout his life.

He graduated from Northwest Missouri State with a Bachelor of Science in Education degree. There he also met his future wife in Biology class. He married Elender Hardin Barrett in 1961. They both taught school in Denver, CO, for a few years where they began their family. He was awarded his Master of Natural Science degree from the University of Oklahoma in 1965. He also began his career with the Standard Oil Division of American Oil Company in 1965. He would continue his successful career with Standard Oil/Amoco/BP until his retirement in 1999.

He raised his family for the majority of their lives in Naperville, IL. Even with full-time travel, he rarely missed an activity of theirs; which he relished. After retirement, he participated with Bike Across America and biked from the west to east coasts and then from the south to the north. In 2004, Ken and Elender moved to Savannah, GA, and enjoyed many quiet southern nights on their beautiful patio observing nature. He continued to enjoy biking and travelling. He loved staying in touch with his extended family, friends, his children, and grandchildren (Poppy’s greatest joy). He often said this past year that he “had a very blessed life.”

A private family ceremony will be held this week. Friends and extended family are welcome to make donations to either of the following in his name.