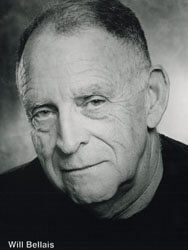 Albert Willard “Will” Bellais passed away on October 20, 2016 at Hospice House in Savannah, Georgia. He was 82 and suffered from dementia.

Will was born August 28, 1934 in Colon, Panama, along with his twin brother William Frank “Bill” Bellais, sons of Charles Earl Bellais and Dorothy (Merriam) Bellais. A Naval family, the Bellaises moved several times: to Norfolk, VA in 1936, Annapolis, MD in 1939, and Oxnard, CA in 1945. Will graduated from Oxnard High School in 1953. He then attended New Mexico State University in Las Cruces, NM, graduating with a journalism degree in 1957. After graduation, Will joined the U.S. Navy and was sent to Antarctica as a journalist. While enjoying a break from the South Pole in New Zealand he met Glenis Lethaby. The couple married on March 17, 1961 in Vancouver, Canada, before settling in Georgetown, Washington, DC. He worked as an editor at Underwriters Laboratory in DC, before deciding to go back to school. Will received his M.F.A. from George Washington University in 1970. The same year Will and Glenis, along with their two children Leslie and Ian, moved to Rockville, MD.

For the next 29 years, Will was an associate professor at Montgomery College-Rockville in the Speech and Drama Department. Teaching was his passion and many of his students still hold him in high esteem. He also had a talent for directing plays. Some of his more memorable productions included The Night Thoreau Spent in Jail, Bus Stop, Summer and Smoke, The Devil and Daniel Webster, Angels Fall, and Sherlock Holmes. Will also acted in commercials, TV shows such as Simon & Simon, and movies such as Enemy of the People, Major League II, and Guarding Tess, as well as doing print modeling. In 1999 Will retired from Montgomery College.

With the new millennium, Will began a new life. Glenis and Will divorced in 2000 and around the same time he came out publicly as a gay man. Will moved to Savannah, GA in 2001, where he continued to teach acting and speech at Savannah State University, Armstrong State University, Savannah Technology College, and South University, where he directed The Wiz and Suessical the Musical. In his free time, Will traveled frequently to sing with the Gay Man’s Chorus of DC, supported LGBTQ concerns, and was an active member of the Savannah Unitarian Universalist Church. On December 21, 2010, he joined in a holy union with Carl Wise.

Will was preceded in death by his parents, sister Anne Weston, sister-in-law Carol van Dusschoten, and brother-in-law Roger Lethaby.

Donations in his name can be made to the Unitarian Universalist Church of Savannah, Georgia Public Television, or the Alzheimer’s Association.

Offer Condolence for the family of Albert Willard “Will” Bellais