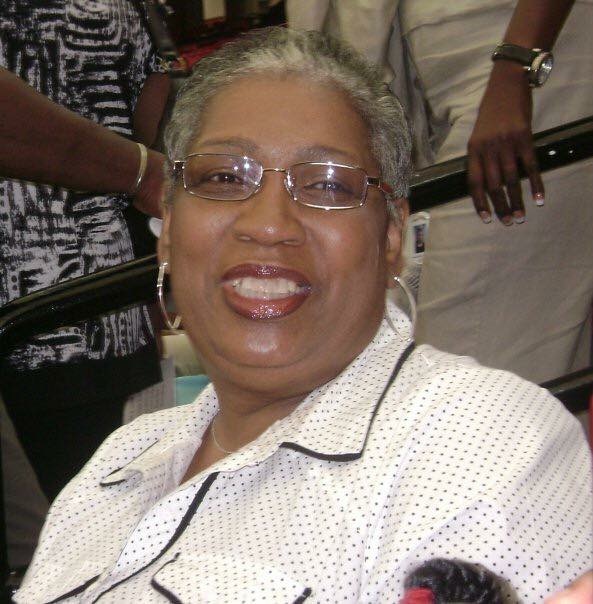 Angela Francine Mobley was born in Hudson, New York on April 15, 1950 to the late Solomon Gadson and Jannie Norris. She peacefully returned home to the Lord on Wednesday morning, November 15, 2017.

Angela was raised in Pittsfield, MA for the early part of her life.

She met and later married “Bill” Mobley in 1967 and established home for their family of three children until 1976. Angela made Savannah, Georgia her permanent home in 1978. She spent her professional career as a dedicated employee of Curtis V. Cooper Primary Health Care (formerly known as Westside Urban Health Center) for nearly 35 years, where she eventually retired as the Medical Records Director in 2016. Angela was a dedicated mother and grandmother, who devoted much of time to supporting her children and grandchildren. She could frequently found proudly cheering in the stands at basketball and softball games, or traveling to the Atlanta area to attend school functions and activities. Angela enjoyed life and nature, and spent countless hours working on home improvement projects and gardening. She was a source of comfort and support to anyone she encountered and showed endless grace and mercy toward others. Her smile was infectious and her willingness to help others without regard to herself was admirable. She is fondly remembered as a woman who loved God and manifested her Christian virtue through her endless love for her children and grandchildren, her compassion toward and forgiveness of others, and her ability to truly enjoy and appreciate the simple things in life. Angela was loved and respected by many, and will be sadly missed by all who came to know her.

She was preceded in death by her father and mother.
She leaves behind to cherish her memories, one son, Richard “Rick” Mobley of Savannah, GA, two daughters, Tonia Davis of Lithonia, GA and Shanda Taylor (Ronald) of Rincon, GA, four granddaughters, Angela Davis, Kamryn Taylor, Naija Taylor and Nikia Mobley, one great-granddaughter, Tiana Davis, two brothers, one sister, and a host of nieces, nephews, aunts, uncles, cousins, other family and close friends.

Offer Condolence for the family of Angela Francine Mobley