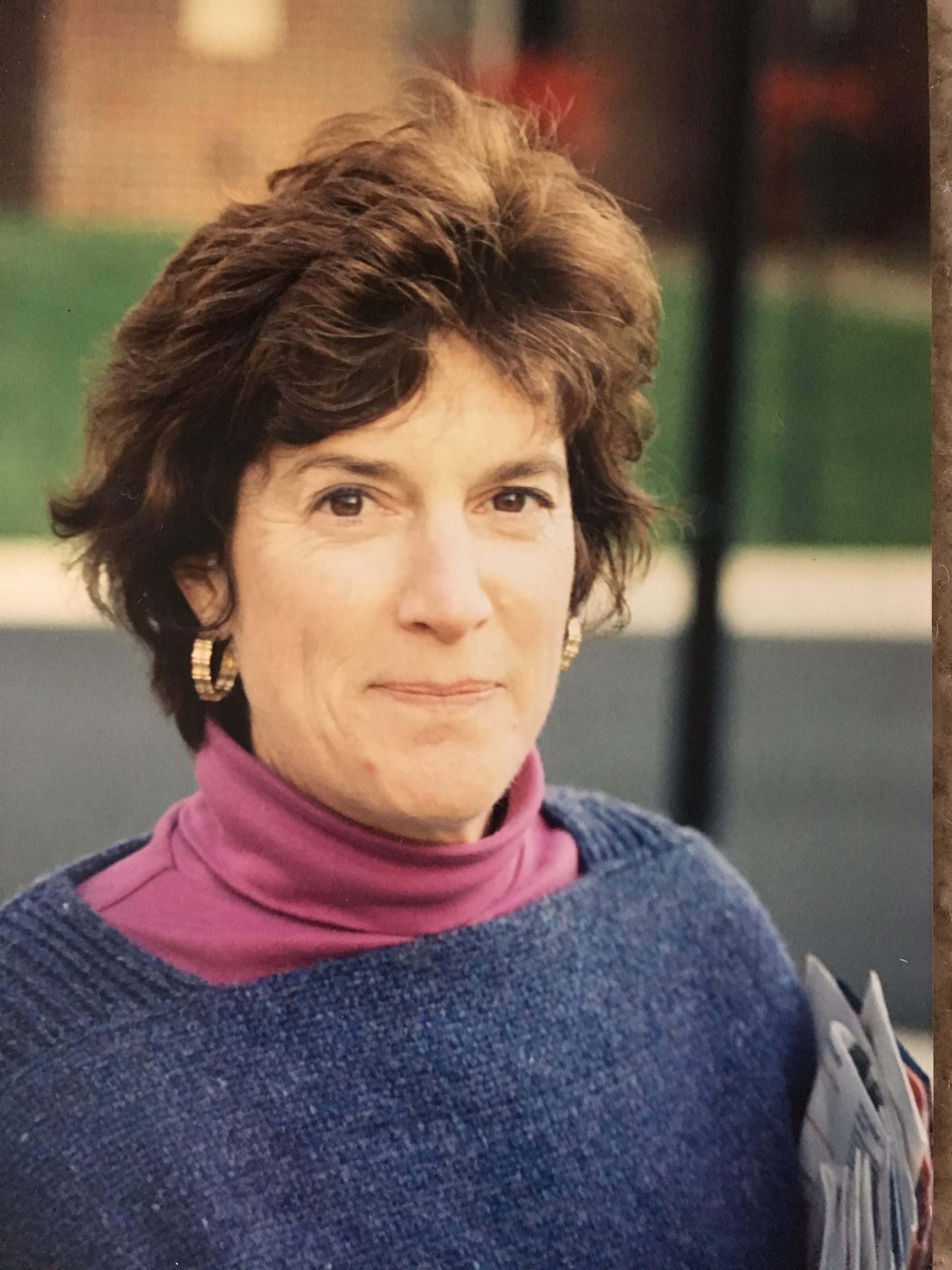 Ann Lea Fries passed away on Nov. 1 2017 after a brave and lengthy fight with cancer. As a regular exerciser she had been strong through a fifteen-year struggle with several different forms of cancer. Her indominable soul has taken flight, leaving memories of her character that will continue to illuminate our lives and actions. We in her family are very grateful for the work of Doctor Aaron Pederson and his team of radiologists at Memorial Health’s Anderson Cancer Center, the treatments provided by Dr. Christopher Haberman of Summit Cancer Care, and the Oncology Staff at Duke University Medical Center for helping her to have many additional meaningful years of life. She benefitted especially from treatments by Dr. Deborah Toppmeyer specializing in breast cancer at the Rutgers Cancer Institute. Ann’s last days were eased with kind and caring treatment by Savannah Hospice and Savannah Hospice Homecare.
Ann was born in Princeton, NJ on Sept. 29, 1940, and spent much of her life there. Her father Gilbert Lea, a Princeton graduate, was an artillery officer in Patton’s Army during WWII, and later an advertising executive and publisher. Her mother, Nancy Nalle, came from Charlotte, NC. After graduation from Miss Fine’s School, Ann went to Italy to take a degree program at the University of Florence before starting at Smith College. After her first year at Smith she married Michael Erdman in Princeton. They had two daughters, Lea-Lea Erdman (Marshall) and Lynne Erdman (O’Donnell).
She proved her strength as a single parent after her first marriage ended. While working, she took courses at nearby Mercer County Community College, graduating with Highest Honors in Accounting. Her professional career began with jobs at several firms in the Princeton area: two international mining companies first, then Collins Development Corporation where she learned construction and project accounting. In 1981 she became the accounting manager for a technology company, ISR/Mnemos, Ltd. which was developing computer storage and retrieval systems for industry similar to the CD ROM. With her broad accounting background she then transitioned to the venture capital field, joining Johnston Associates in 1985, a firm which specialized in founding and developing biotech companies. She was the accounting manager for the parent company, and also managed the accounting for many of the new biotech companies Bob Johnson opened, such as Biogen.
During this period she also found time to lend her skills to non-profit or charitable enterprises. She worked with the local YWCA, and became a trustee and head of the finance committee. She also worked with the State Youth Advisory Council, appointed by Governor Brendan Byrne. She also took her organizational skills into politics, managing two Princeton mayoral campaigns successfully.
By 1989 she was well known as a woman with demonstrated finance experience in both the for-profit and not-for-profit sector. She had knowledge of both technology and scientific companies from Mnemos and Johnston Associates, and clear organizational skills from running political campaigns. So when New Jersey decided to start a science museum to stimulate students’ interest in careers in science, she was tapped for the position of director of finance for Liberty Science Center in Jersey City, NJ. She managed the accounting for all construction funds in this $68 million dollar project, and managed much of the construction process as well when it became clear that she could read and understand blueprints and project management. Success brought her increased responsibilities; she progressed to become Executive Vice President, then Chief Financial Officer and Chief Operating Officer for the $17 million annual operating budget, working with 60 management staff and 250 employees. Liberty Science Center became one of the country’s outstanding science centers during her tenure, using ideas which she helped to bring in– that museums should teach people by asking them questions that they could answer through the exhibits. Discover Magazine named LSC as one of the world’s 10 Best Science Museums in 1993. In 1994 she left the Science Center as an individual consultant, retiring in 2004.
In 1992 she met and married Russell I. Fries, then working at The Institute for Defense Analyses in Alexandria, VA. Moving to Savannah, GA in 2007 with her husband, Ann continued her interests in charitable organizations. She worked with both the Savannah Tree Foundation and the Savannah Children’s Choir, using her financial background to help them develop and fund sustainable programs. She joined several local book clubs, and dove into national politics in 2008, helping to run the successful Obama campaign in Savannah. In short, she has used her life to demonstrate that women can accomplish great things in business, politics and charity.
She is pre-deceased by her mother and father, and by a brother, Biff Lea. She is survived by Russell, her husband for almost 25 years, and another brother, Tom Lea; two daughters, two step-children, Tom and Gwyn, six grand-children, and many nieces and nephews. Her energy, cheerful work and friendly conversations up to the end of her life will continue to be an inspiration to her family and friends. Family burial will be in New Jersey and Nova Scotia. A celebration of Ann’s life will be held at a later date. Contributions may be made in her memory to: The Savannah Children’s Choir, and/or to The Savannah Tree Foundation.

Offer Condolence for the family of Ann Lea Fries