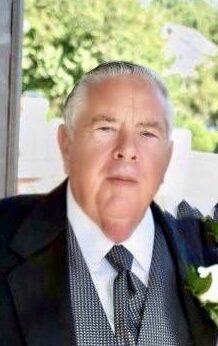 Arthur Raymond Taylor went to his eternal rest on August 6, 2022, passing peacefully at his home surrounded by his family. He was born on December 13, 1935 in Greenwich Village, New York City, New York to Arthur Cyril and Anna Taylor.

Arthur graduated from La Salle Academy in New York City in 1953, maintaining lifelong friendships with many of his classmates. He was an avid sports fan and played basketball though his high school years. Growing up in Manhattan contributed to Art’s passion for the Yankees (which he happily passed on to his children and grandchildren!).

Art earned his undergraduate degree in accounting at Manhattan College, spending summers working at the Bear Mountain Inn, where his family had a summer home. Class of 57, Art was a proud Jasper, marching with a contingent of fellow Alumni at the annual Naples St. Patrick’s Day parade for many years.
After graduating college Art served in the Army and National Guard where he was stationed at Fort Bliss, Texas for active duty training.

During this time, he met his beautiful future bride Mary Kathleen (“Kathy”), née Collins, of Galway, Ireland. Art and Kathy were married in New York City in 1959 and recently celebrated their 63rd wedding anniversary this past February. After marrying, Art and Kathy lived for a short time in Brooklyn, New York before subsequently moving to Hazlet, New Jersey where they raised their four children.

Art attended NYU’s Graduate School of Business Administration, earning his MBA in 1972. He spent his career in corporate finance, working for Revlon for over 25 plus years in Manhattan as an Executive Vice President in their international finance department.

During his New Jersey years, he would typically hold court at Artie’s Pub during family gathering, dispensing financial advice and stock tips. He is well remembered by those that entered the Taylor household for his frequent refrain of “wana beer?” He also ran a thriving tax business that unfortunately made no money and indeed lost money because he refused to accept any payment for preparing tax returns for family and friends.

Art retired to Naples, Florida with his wife Kathy, where they both enjoyed golfing, the sun and many friendships through the years. Utilizing his financial skills, Art served as the HOA President of his Naples condo association. In 2017, they relocated to Savannah Quarters, Pooler, GA to be closer to family.

A funeral mass will be held at Corpus Christi Catholic Church, 1745 Benton Blvd, Savannah, GA 31407 on Friday, September 9, 2022. Services will be livestreamed with details to follow. A celebration of life and service of remembrance will be held in New Jersey in the fall of 2022. In lieu of flowers, please consider a donation to Hospice Savannah, who provided extraordinary, compassionate care to Arthur in his final days.

Offer Condolence for the family of Arthur Raymond Taylor