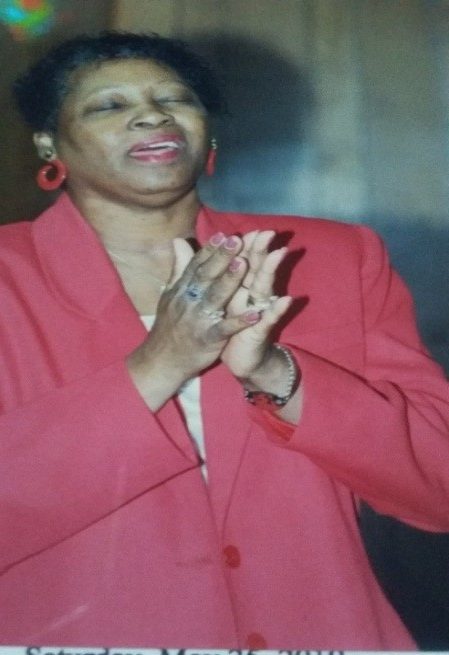 Betrotha Wilson Harris transitioned from this earthly life to rest on May 14, 2019, after a short illness.
Betrotha was born on March 9, 1941 to the late Mrs. Anna Wilson and Robert Deshay, in Savannah, Georgia.
She was introduced to Christ at an early age and joined St. Paul Missionary Baptist Church, where she served as a faithful member in many capacities, i.e. Deaconess Ministry; Senior Choir, Gospel Chorus, and A. E. Hagins, Sr. Choir Ministries; Senior Mission Ministry; Willing Workers’ Ministry; and Sunday School Ministry.
Betrotha, the mother of Vincent and Victoria Hamilton was joined in holy matrimony to Eddie Harris, in 1975. From this union they were blessed with a daughter, Vernice Harris.
Betrotha attended public school here in Chatham County, graduating from Alfred Eli Beach High School in 1959. She continued her post-secondary education at Savannah State, now University, graduating with a degree in Elementary Education in 1975.
With her degree she worked at Frank W. Spencer, Elementary School in 1975. She later changed her career path, becoming a Paralegal and working for Georgia Legal Services as a Receptionist/Secretary for over 25 years. She later retired in 2000 due to health.
Betrotha was held in high esteem through the Savannah Community as she sang on many occasions for the Martin Luther King, Jr. Celebration activities; various Church programs; funerals and funeral home choirs. She was also a member of the Savannah Community Choir under the direction of E. Larry McDuffy.
She was also a member of Solomon Temple #95 Free and Accepted Masons and Eastern Stars where she served as Worthy Matron and Past Matron for many years.
Betrotha was preceded in death by her son, Vincent Hamilton; her parents; sister; brothers; and step-father James Williams, Sr.
She leaves to cherish her precious memories her husband of 44 years, Eddie Harris; two daughters, Victoria Hamilton and Vernice Harris; step-mother Elaine Williams; three brothers Ronald Williams; Anthony Williams ; and Darnell Williams; one sister, Kendra Moultrie (Darius); three grandchildren, Cassidy Brooks, Vincent Hamilton II, and Betrotha Hamilton; one great-grand son, Jared Brooks; sisters-in-law Sarah Grant; Joanne Williams; and Juliette Bush; brothers-in-law James Harris (Vivian) and Leroy Harris; daughter-in-law Kecia Brooks.
She is also survived by many nieces, nephews, other relatives and friends.
The family will receive friends on Friday, May 24th from 6:00 to 7:00 PM at St. Paul Baptist Church, 624 Waters Avenue. There will be viewing on Saturday, May 25th fro 10:00 to 11:00 AM with Funeral Services to follow at 11:00 AM from New Generation Full Gospel Baptist Church, Pennsylvania and Tennessee Avenues. Interment: Magnolia Memorial Gardens.

Offer Condolence for the family of Betrotha Wilson Harris