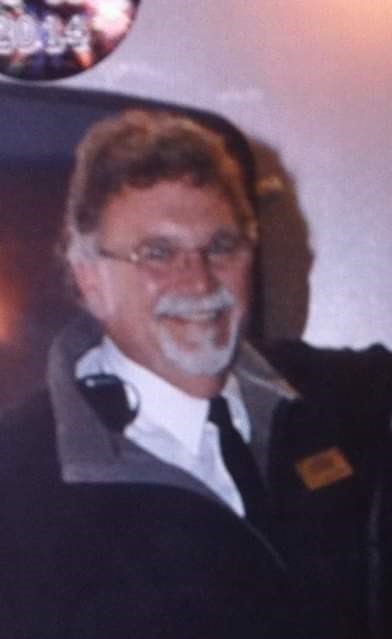 Born in Dover, DE, on December 26, 1952, Carl was raised in Henderson, Caroline County, on a farm on Bee Tree Road that his grandparents purchased on their arrival from Hungary. He was very proud of his Henderson roots and the family and friends he had there.

Carl graduated from North Caroline High School in 1970. He was a member of the undefeated State Championship North Caroline Bulldogs football team, and enjoyed reminiscing about those days with former teammates and friends.

Carl wore many hats throughout his life. He worked as the Caroline County Planning and Zoning Administrator until he eventually left the public sector to work for Provident State Bank in Denton. Carl and his then–wife Linda (Uber) ran McConnell’s Fun Food until 1996.

Carl enjoyed all the Eastern Shore had to offer, especially the waters (and the seafood!) of the Chesapeake Bay and its tributaries. He worked hard to attain his USCG 100–tonnage Captain’s license. After years as the captain of The Patriot in St. Michaels, MD, Carl felt the pull of the warmer weather in Savannah, Georgia, where he relocated in 2010. While living in Savannah with his wife Jillisa, Carl worked as the Riverboat Captain for Savannah Riverboat Cruises, Inc. Carl played many roles on the riverboat – captain, wedding officiant, and tour narrator. Carl’s favorite task was one he was charged with each year – delivering Santa Claus to Savannah. He loved seeing the joy of each child’s face as they sat on his lap and listed their Christmas wishes. He would belt out his best “ho, ho, ho!” and laugh with each child.

A memorial service in Savannah and on the Eastern Shore will be held at a later date. Those wishing to make a contribution may do so in Carl’s name to the Humane Society for Greater Savannah 7215 Sallie Mood Dr. Savannah, GA 31406, humanesocietysav.org.

Offer Condolence for the family of Carl Lee Thornton, Jr.