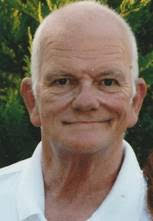 Charles A. Jordan, Sr., 69 of Springfield, Georgia went to be with the Lord on December 21, 2018. He was born on January 1, 1949 in Jellico, Tennessee, the son of Kansas Lowe Jordan and Oliver Jordan.

Charles served our Country for 17 years, 9 months in the U.S. Navy. He was an operating engineer in the marine division of the IU of OE, Local 25, working for 14 years up and down the Eastern Coast.

Charles was a loving husband, father and brother. Spending time with his grandchildren, Michael, Perseus and Calliope made his life complete. He was an avid wood working enthusiast. Enjoyed training his birds, walking his dogs and fishing.

Charles is survived by his wife, Patricia and daughter, Constance; predeceased by his parents, and also, his son Charles A. Jordan, Jr., who died in 2006. He was 1 of 3 brothers, leaving Clifton and Samp, both of Tennessee.

Offer Condolence for the family of Charles A. Jordan, Sr.