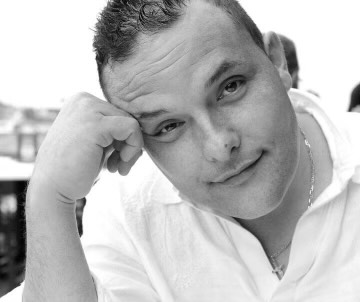 Charles J Howell, Jr., 54, of Savannah, GA sadly left this world on January 4, 2023. His passing was unexpected, and we are deeply saddened, but we find comfort in knowing He is now in the hands of our eternal father where he is joined hand in hand with his father, Charles.

He is survived by his mother, Mini, his sister Michelle and her family, his half brothers and sister Steve, Mark, and Kim, his fiancée Anna, his son Noah and his family, and his daughter Kalani. He loved them all dearly from close and from afar.

Charlie was born in New York but spent most of his life in Puerto Rico. Water and surfing were his elements and he found peace and unity in them. As a professional surfer, he traveled the world and spread joy while enjoying each wave he rode. He woke up and was on the beach every time he could. He would often get out of the water just to climb a coconut tree for some coconuts and get right back into the water for another ride.

When life took a turn and his passion was taken away from him, he simply found another. As he was helped in therapy, so he found he had a gift to help others in a similar way. He became a bodyworker (massage therapist). He loved to learn new techniques to be able to help as much as he could. He helped his clients/patients to overcome pain and suffering and find relief. His hands will be greatly missed.

He loved God and was passionate about learning and seeking to keep his soul full and joyful. He did whatever he could for anyone who needed help. He was a friend of Bill’s. He talked to anyone who was seeking help and genuinely wanted the best for everyone. If you called him because you needed help or simply because you wanted to talk, he was there. If he could not be there physically, he found someone or something else that could help, such as a book, a quote, a song, or a tool.

Charlie, we love you and you are so greatly missed here, but we know you are now surfing your favorite wave and are free of pain and suffering. We will see you at the beach in Heaven again someday.

A celebration of his life is pending, and we will announce it as soon as the details are finalized.

If you would like to honor his memory please plant a tree or donate to:
plasticexchange.org

Offer Condolence for the family of Charles Jay Howell Jr.