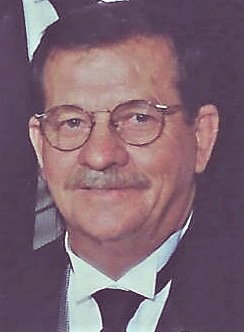 Clarence Penn Eanes, beloved husband to his wife of 53 years, Mary Ruth. Loving father to Clarence Russell, Amelia Celeste and Nancy Zan. Father-in-law to David and Cliff. “Bumpy” to Zöe, Aiden, Lily and Payton. Brother to Eugene, Otis, Arnette, Lewis, Ike, Doris and Irene. Uncle to dozens of nieces and nephews and great nieces and nephews. Friend to many. Preceded in death by his parents Eugene and Virgie.

He will be remembered as a hard worker and one who generously gave of himself to others. Before starting his career with Norfolk Southern Railroad, he served in the United States Air Force for four years. After marrying Mary Ruth, he began his career as a railroad man, moving steadily up the ranks from carman to Senior General Foreman. After retirement he quickly became bored and restless, so he began working at the YMCA as a morning greeter where he made many lifelong friends. After leaving the YMCA, he volunteered his time at the Thunderbolt Senior Citizen Center, Tara Nursing Home, and anywhere else he could be of help.

A country boy at heart, Clarence loved being with his family and proudly called North Carolina his home. Often reminiscing of his family home in Eden, NC, he would recount stories of growing up in the old family home and the tobacco fields he worked in alongside his siblings and Father.

Adventurous and competitive in nature, Clarence loved a good game of cards or Words With Friends. He loved all outdoor activities, including fishing, swimming, water skiing, hiking and tending to his yard. His favorite thing of all was driving with Mary Ruth in their RV to any lectureship or Gospel meeting around the Southeast. He loved travel and a good adventure.

Most of all, Clarence was a dedicated servant of Christ. He loved the Lord and relished any and every opportunity to share the Good News. We, his family and friends, rest assured that he has taken his place with his Heavenly Father and that he eagerly awaits the day he is reunited with all of his loved ones.

Please send contributions in his memory to the Building Fund of the Louisiana Avenue Church of Christ, 2010 Louisiana Ave, Savannah, 31404.

The Eanes, Tierney and Maxwell families wish to thank the congregation at Louisiana Avenue Church of Christ for their love and support. To the numerous other friends and family members who have called, visited, prepared meals, prayed for and encouraged us in our time of grief, we are forever grateful for you.

Offer Condolence for the family of Clarence Penn Eanes