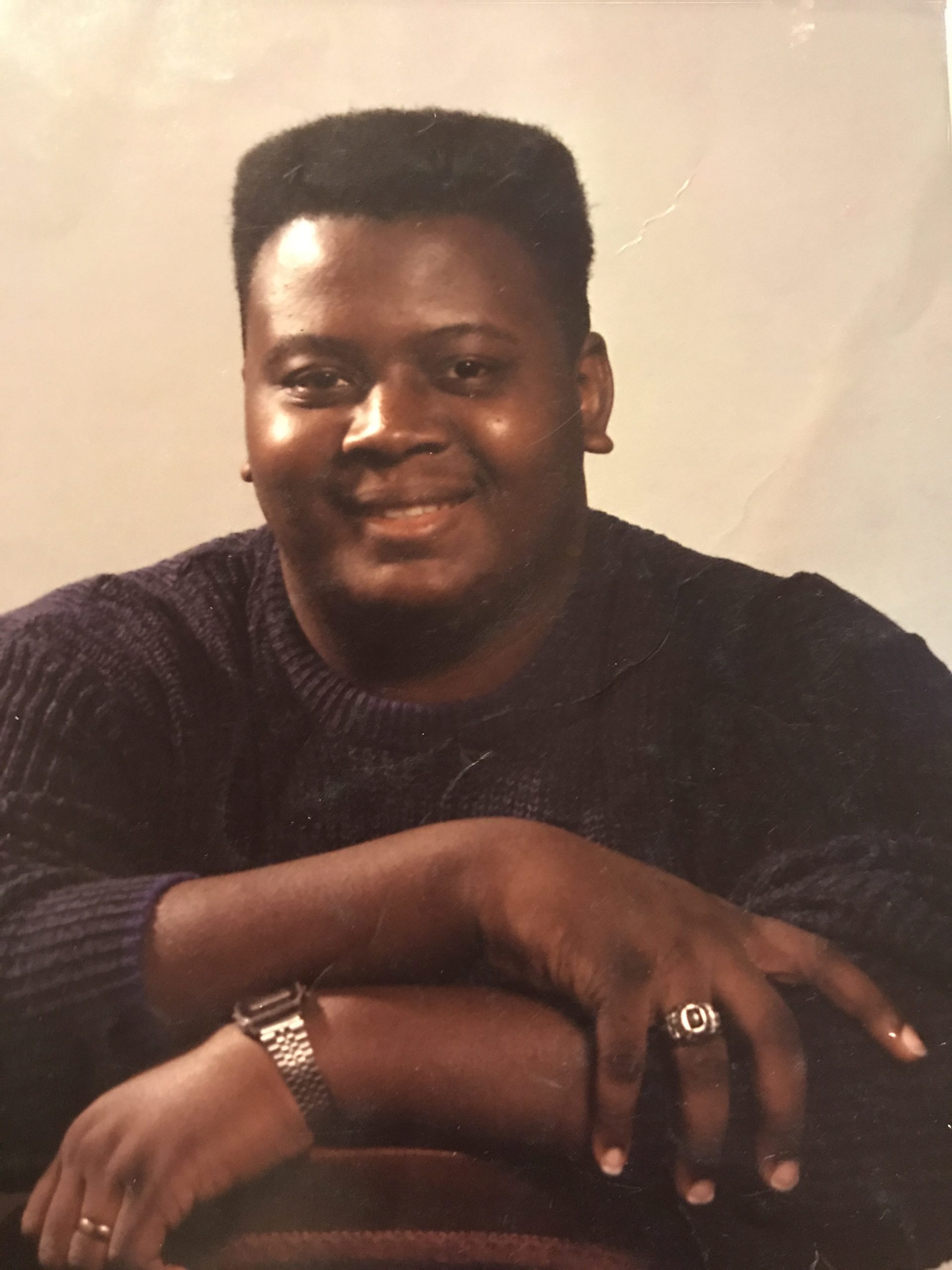 David D. Babbs was born on May 9th, 1968 to Lizzie P. Babbs and the late King David Babbs of Thomson, Georgia. Of this union, five children were born of which David was the only son. As a child, he was a very kind and smart young man and he had a love for fishing, family and football. He attended Thomson High School where he graduated in 1986.
On December 17,1988 David and Norma Jackson were married. To this union they raised two wonderful sons: David Babbs, Jr. and Devonte Babbs. For several years, David worked at Union Camp (International Paper which is now Kraton). In this position he became a chemical technician. He also was employed for several years at Stone Container in Savannah. For the past eighteen years, David has worked for Arizona Chemical where he was a Quality Control Technician. David was always reading and learning new things. He was known as the intellect in the family and he was always joking with his sons. He had an unmatched work ethic and even in his illness, he refused to stop working. He was a counselor to everyone and was the person to call when you needed an honest opinion or answer. David was a confidant, leader, teacher, spokesperson, scientist, advisor, mechanic, son, father, uncle, and brother.
He leaves to cherish a wonderful wife of 29 years Norma Babbs; His sons David and Devonte Babbs; His mother Ms. Lizzie Babbs; siblings Velvet Lazenby of Thomson, Georgia; Tina Rogers (Bobby) of Thomson, Georgia; Sheila Babbs Reid (deceased); and Sheiron Reid (Tyrone) of Thomson, Georgia. He also leaves brothers-in-law Willie Jackson of Fort Lauderdale, Florida; David Jackson of Sacramento, California; Patrice Jackson (Margaret) of Atlanta, Georgia; and stepfather James Samuel (deceased). Sister in laws Joyce Jackson of Savannah, Georgia and Victoria Cox of Savannah, Georgia. He has a host of family and friends in his hometown of Thomson, Georgia including aunts and uncles, cousins, nieces, nephews and loved ones of Cherokee County.
Viewing and visitation will be held Friday, July 21st, 2017 from 10:00 to 11:00 A.M. at the Bethel A.M.E. Church on East 38th Street with Funeral Services to follow from the Church at 11:00 A.M. Interment will be in Hillcrest Abbey Memorial Park – West.

Offer Condolence for the family of David D. Babbs