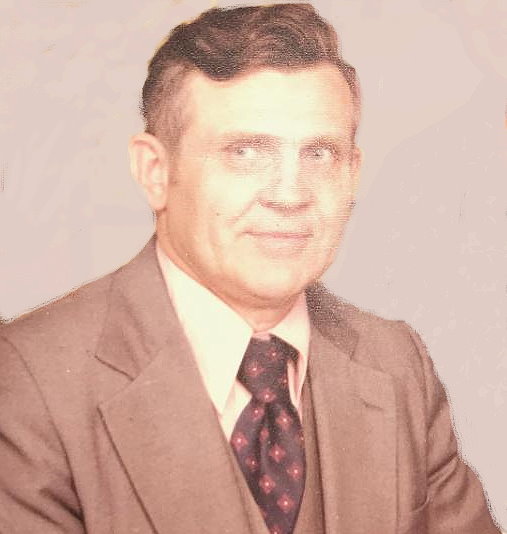 Donald Raymond Bowman, beloved husband, father, and grandfather, went to be with the Lord on March 9th, 2020. Don was born at home in Stockton, Kansas, on January 27, 1927, to Benjamin and Beulah Bowman. He is survived by his wife Janice Hamm Bowman with Linda (Daniel, Allie, Levi) Yen (Ryan), Jim (Sue, Danielle, Samantha), and Paul (Naomi, Christian, Hannah). He was preceded in death by his parents Ben & Beulah, his daughter Kathy, his brother Phil, his daughter Lashonda, his son William Mark (Billy) and grand-baby, Taylor.

Don grew up in Kansas where his father Benjamin was a principal, teacher, coach, and superintendent. During the Great Depression, they farmed in the summer and moved back into town for the school year. He served in the Army Air Corps when he was 17 years old at the end of the second world war, before attending Kansas State University where he studied Aeronautical Engineering. One of the most remarkable parts of his undergraduate education was the year he spent in China as an exchange student in 1947. He remembered seeing public demonstrations and protests that presaged Mao Tse Tung’s Communist revolution. He graduated from Kansas State University in 1950 and went to work as an aeronautical engineer.

He met his future wife, Marilyn Davidson, in Detroit while visiting his cousin Donna Bowman, and they were married within a year. They moved to several cities, including Wichita, Kansas as he built his career as an aeronautical engineer. They moved to Hampton Roads, Virginia where he worked for the National Advisory Committee for Aeronautics (NACA), the predecessor of NASA. While in Hampton Roads, they adopted their first son in 1953, James Philip. Don was then hired at McDonnell-Douglas in St. Louis, where they moved in 1954 and his son Paul was born in 1955. A daughter, Kathy followed three years later and another son, Billy, three years after Kathy.

Billy was a happy, bubbly child and a joy to the whole family. But disaster struck when, at the age of 14 months, Billy contracted spinal meningitis and was left severely brain-damaged. This was a devastating blow to Don and his family and they spent many years trying various therapies to try to heal Billy, including of course much prayer and support from the Ferguson, Missouri Methodist Church and later First United Methodist Church in Wichita, Kansas. In many ways, Don’s life was defined by Billy’s disability and Don’s total devotion to his care.

In 1967 Don was hired by Boeing Wichita, and the family moved to Wichita where he worked on the 747 and the Supersonic Transport. Unfortunately, the family broke up in 1970 when his wife filed for divorce, and Don remained in Wichita where he met Janice Hamm. They were married in 1971, and Don built a new career as a civil engineer during the slump in commercial aviation in the early 1970s. In 1974 they moved to Savannah where Don was chosen to run a new computerized water treatment plant for the city. He was the first water pollution control administrator to be hired by the city of Savannah, and he opened the new President Street facility, which was state of the art at that time. Don later went into private practice in 1981 retired in 1989. Don became a fervent evangelical Christian after his move to Savannah, and he was very active in the Full Gospel Businessman’s ministry from 1975. He was an active member of Radiant Life Assembly of God Fellowship and put his faith into practice in prison ministries and as a foster parent for 15 years. Don and Janice fostered at least 25 children over the years. They met their daughters Linda and Yen when they took them as foster children, and later they adopted them and made them fully part of the family.

Don was an extraordinary man. He loved aviation and was a talented aeronautical engineer and private pilot. His love for flying lives on in his son Paul and grandson Christian. His devotion to his severely disabled son Billy defined his life, and Billy’s long life was largely due to Don’s constant love and care. He built a loving marriage and family in mid-life, and “put his money where his mouth was” in living out his Christian faith in the Full Gospel fellowship, prison ministry, his private ministry as a foster parent and in adopting his daughters Linda and Yen in December 2007. He truly made a difference with his life, and he will be sorely missed by all who knew and loved him.

Offer Condolence for the family of Donald R. Bowman