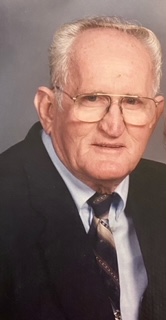 Mr. Emory Lee Roberson, age 87, passed away on Tuesday, January 17th, 2023, at his home after an extended illness.
Emory was born on August 17, 1935 in Odum, Georgia to the late Oscar and Lena Roberson. He was raised on a farm, worked as a mechanic, and drove an eighteen wheeler for Brown Transport for 40 years.
He loved to fish, work on cars (from the ground up), sitting on his porch while looking at the yard he took pride in, and all the tips he took with his wife.
Emory in proceeded in death by his daughter Shelly Mikell, his brothers Jethro and Clarence Roberson, his sisters Lucille Raymon and Myrtice Franklin.
Emory is survived by his wife Jeri Roberson of 27 years of Savannah, his daughter Sherry Mangrum of Garfield, Glenda Cribbs of Stark, Florida, Terri Roberson, Tony Beasley, Jeff Beasley, Theresa Kirkland, all of Savannah, Georgia.
He has fifteen grandchildren, fourteen great grandchildren, and several nieces and nephews.
There will be a visitation held at Families First Funeral Care on Friday, January 20, 2023 from 12:30-2:00pm. A funeral service will be held at 2pm, following the burial located at Hillcrest Abbey West Cemetery.

Offer Condolence for the family of Emory Lee Roberson