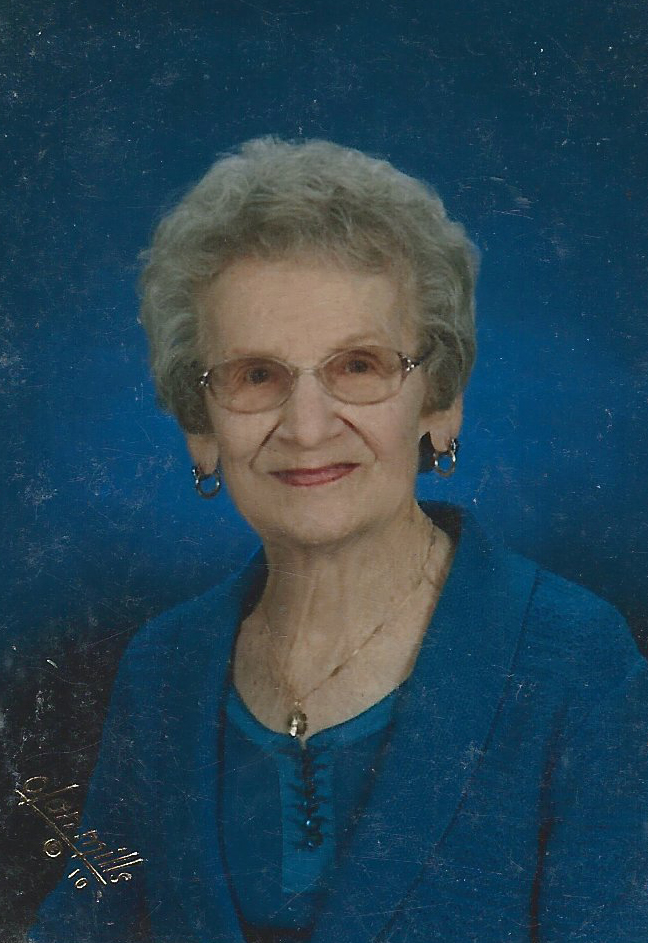 Florence L Farrington, age 98, formerly of Berlin, NH who moved to Pooler, GA 5 years ago passed away peacefully at the home of her daughter.
She was a faithful member of Saint Frances Cabrini Catholic Church and an active participant at the Pooler Senior Center, located just minutes from her residence. There she developed many friendships and a very caring, extended family. She was a member of the PSC Red Hat Club, and in 2013 she was elected PSC Queen of the year.
Florence was born June 17, 1916 in St Malo, P.Q. Canada, the daughter of Joseph and Mezilia Bessette LeBlanc. At the age of 8 she moved with her family and 7 siblings to Berlin, NH. She was the second youngest, and last survivor of a close knit family. She was predeceased by her loving husband, Wilfred, in 1977. Florence leaves behind her daughter Gerri Adams and husband Michael, and her “adopted” daughter Barbara Goodwin, Son Dennis and wife Patty of Berlin, NH. Also remaining are 4 grandchildren, and 8 great grandchildren, who maintain the greatest love and admiration for their “Mim” or “Mimi”. Of special note is that Florence was the second cousin to Andre Bessette, of Canada who was Canonized a Saint of the Catholic Church in Rome in 2010.
While in New Hampshire, Florence delighted in spending time during the summers at her son’s cottage by the riverside. There she admired the wildlife, enjoyed nature walks, occasional canoe and boat rides. At an earlier time she was known to ride on snow machines and to do cross country skiing.
In 2012 Florence was featured in the July/Aug Pooler magazine highlighting her interesting life’s journey and many talents to include: oil paintings, sewing, and crocheting. In 2013 she was presented with a proclamation from the New Hampshire State Senate recognizing her longevity and her citizenship.
Always an eager card player Florence, especially enjoyed playing canasta at the Senior Center. She was among the “elite” of fans following the Boston Red Sox and The Boston Celtics, never missing a game if at all possible on the sports channels.
Florence lived a selfless life. Her kindness, compassion, wisdom and her ability to always acknowledge others’ special event(s) is a legacy that each who knew her will always hold her near and dear to their heart.
A memorial funeral mass will be held at Saint Frances Cabrini Church, 11500 Middleground Rd, Savannah, GA 31419 at 11 a.m. The family will receive visitors one hour prior to the mass.
A private burial of her ashes will be held at a later date at the family cemetery plot in Berlin, NH.
The family request that remembrances be sent to Saint Frances Cabrini Catholic School’s Education fund, 11500 Middleground Rd, Savannah, GA 31419.
Please leave your thoughts and condolences for the family on our Tribute Wall.

Offer Condolence for the family of Florence L. Farrington