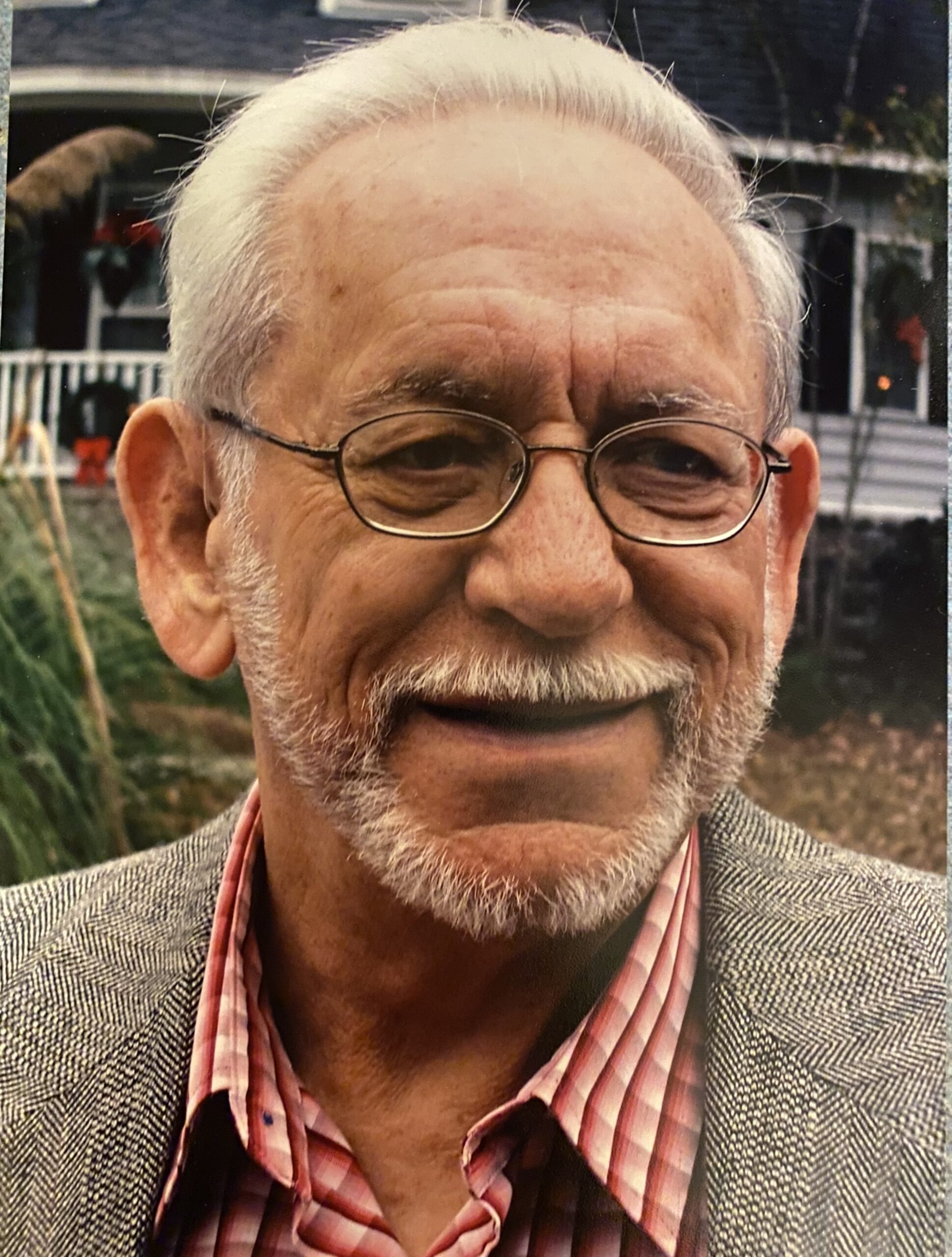 Fred L. Brown, Jr., age 94, died October 7 at home following a long illness. He was born in LaGrange, GA, on April 22, 1928, and following the death of his father in 1935, his family relocated to his grandfather’s farm in Warm Springs, GA, and then to Savannah about a year later.
He attended public schools in Savannah and was in ROTC at Savannah High School. He joined the Naval Reserve and worked as a manager at Frank Corporation on Broughton Street. He married Lucille Allen of Savannah in 1945 and was very active at Central Church of Christ, serving as deacon, Bible School Superintendent, and Boy Scout Leader for the church troop.
In 1951 Fred moved with his wife and son to East Point, GA, to attend Atlanta Christian College. While attending college fulltime, he worked fulltime for NAPA and preached fulltime every weekend in the Atlanta area and a baby girl was added to the family. He graduated in 1955 with a Bachelor of Arts in Christian Ministry. In 1983 he received a Masters of Ministry Degree from Kentucky Christian College.
On March 1, 1953, Fred was ordained to the Christian Ministry at his home church, Central Church of Christ, in Savannah, GA. He continued to preach in North Georgia after college and in 1960 moved to a new church in Hampton, SC. Five years later with a second son, they moved to Jacksonville, FL and had a great 10- year ministry at North Shore Christian Church. In 1971 He answered the call to Savannah Christian Church and in 1976 left to start a new congregation Chatham Christian Church. He retired from fulltime ministry at the age of 70 and served as interim minister at Islands Christian and Central Christian Churches.
Fred was preceded in death by his parents, Fred L. Brown, Sr. and Ida Phillips Brown; his wife of 29 years, Lucille Allen Brown; his daughter Katherine Brown White; stepfather Joseph McElhaney; sister and brother-in-law Elizabeth Brown Woodcock and W. T. Woodcock; nephews Gary, Freddy, and Charles Woodcock; niece Kellie Woodcock; father-in law Erwin Woodward, Jr., mother-in-law Virginia Nalley Woodward, stepson Kenneth M. (Kenny) Ashman Jr., great-grandson Zion Julius Linton; brothers-in-law Erwin Woodward, III, and George Thomas Woodward. He is survived by his wife of 45 years Anne Woodward Brown; sons Fred L. Brown III (Cheryl) and Stephen Timothy Brown (Cheryl); Brother Jack A. Brown (Betty); stepdaughters Laura Anne Thibodeaux (Les) and Lisa Virginia Fonte; 15 Grandchildren, 24 Greatgrandchildren, and 5 Great-great grandchildren and nieces, nephews, and cousins.
Fred started his life in the small town of LaGrange GA in a little house owned by the mill where his daddy worked. His Grandmother Brown took him and his cousin Edward aside one day when they were small children and told Edward that he would grow up to be a doctor and told Fred that he would grow
up to be a preacher. I just want to say thanks to that dear grandmother and to everyone else who had a part in leading Fred to the Lord and encouraging him over his many years of Christian ministry. There is no night in heaven, so I know today that he is preaching and singing praises to God 24/7.
I’LL SEE YOU SOON, SWEETHEART !!!

Offer Condolence for the family of Fred L. Brown Jr.