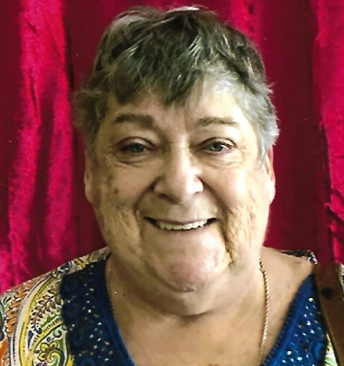 We celebrate the life and memory of Gladys Ruth (Drescher) Mayo, born April 1946, in Watervliet, New York, who passed away at home on March 12, 2020, in the peace of her beloved Savannah Commons Retirement Community, Savannah, Georgia. She was 73.

Gladys attended Catholic schools in the Cohoes, NY area. In her youth, she was an athletic young woman, spending summers playing baseball with the boys and collecting baseball cards. Later in life, she continued to enjoy sports, spending springs and summers playing league softball for years with her friends in Kenova, WV. She was typically forced to run more than the other players every time she launched a ball over the left-field fence, which happened A LOT.

At 18, she married Jerry Roger Mayo, Sr. of Huntington, WV in New York. After a brief stay in New York, they moved to Long Beach, California, but eventually settled in Wayne County, WV to raise their three children. Gladys retired from the WV Bureau for Child Support Enforcement, where she received a prestigious award from the U.S. Dept. of Health & Human Services for her outstanding work. In 2018, Gladys moved from Charleston, WV to Savannah, GA to be closer to family, including her son Garrett Mayo, his wife DeBrae Mayo, her nephew Joe Drescher and his wife Carol Drescher. Gladys regularly attended church services at Savannah Commons. After retirement, she developed a passion for international travel, having explored Turkey, Egypt, France, Germany, the Netherlands, Bahrain, the United Arab Emirates, the Sultanate of Oman, and the Kingdom of Saudi Arabia.

Gladys was preceded in death by her loving husband, Jerry R. Mayo, Sr.

Unfortunately, due to current social distancing recommendations, there will be no formal memorial service, although one may be scheduled at an appropriate time in the future.

In lieu of flowers, the family would appreciate donations being made in Gladys’s memory to the Cabell-Wayne Association of the Blind in Huntington, WV at https://cwab.org/donate/.

Offer Condolence for the family of Gladys R. Mayo