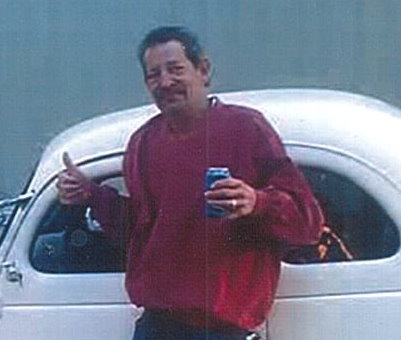 John Watkins, III (6-Pack), passed away on February 27, 2020 from a massive stroke and brain-bleed.
He was the only son of John and Dorie Watkins of Garden City.
He was born June 11, 1961 at Fort Bragg, North Carolina. He had two sisters, Debbie Owen of Springfield, Georgia and Kathy Siemens of North Carolins (deceased).
H was of the Baptist faith and he attended Groves High School.
He enjoyed fishing, boating, playing Poker machines & having fun with his many friends at Gillmores.
I’d like to thank all his many friends for their love and prayers, especially his sister, Debbie Owens & niece, Shannon Thornton; friends, Norris Robert, Breval Lee, Johnny, Jacci, Danyell and mamy, many more. Thank you.
He is survived by many aunts, uncles, nieces, nephews and cousins.
There will be no funeral. His ashes will be taken to Brunswick, Georgia at a later date and placed on his grandfather, John Henry Watkins, Sr.’s grave.

FOOTPRINTS
The Lord replied,
“My precious child,
I love you and
I would never leave you.
During your times
of trial and suffering,
when you see
only one set
of footprints,
it was then that
I carried you.”

Offer Condolence for the family of John Watkins, III (6-pack)