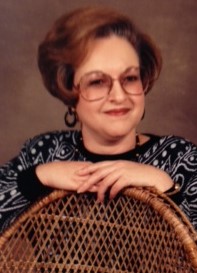 Judith Lynn Galbreath of Savannh, Ga. went to be with the Lord and her parents, Emory and Corean Galbreath, on November 14th, 2020. Judy, as she was known by family and friends, had been in poor health for some time and had recently contracted COVID 19.

Judy is survived by 2 brothers, Ronald Galbreath of Mauldin, SC and Rickey Galbreath of Fortson, Ga. She had 2 nephews, Carey and Mark Galbreath and one niece, Allison Scarbrough.
Judy was also blessed to have a very special friend in Judy Hawkins who was always available when she was needed. She was truly Judy’s angel.

Judy was born on September 27th 1947 in Savannah, Ga. and graduated from H.V. Jenkins High School in 1965 and spent her working life employed by Union Camp Corp. in payroll and accounting until the company was sold to International Paper in 1999. She then worked in payroll with Hospice Savannah until her retirement.

Judy’s wishes were that her remains be cremated and a private memorial held at a later time.

Offer Condolence for the family of Judith Lynn Galbreath