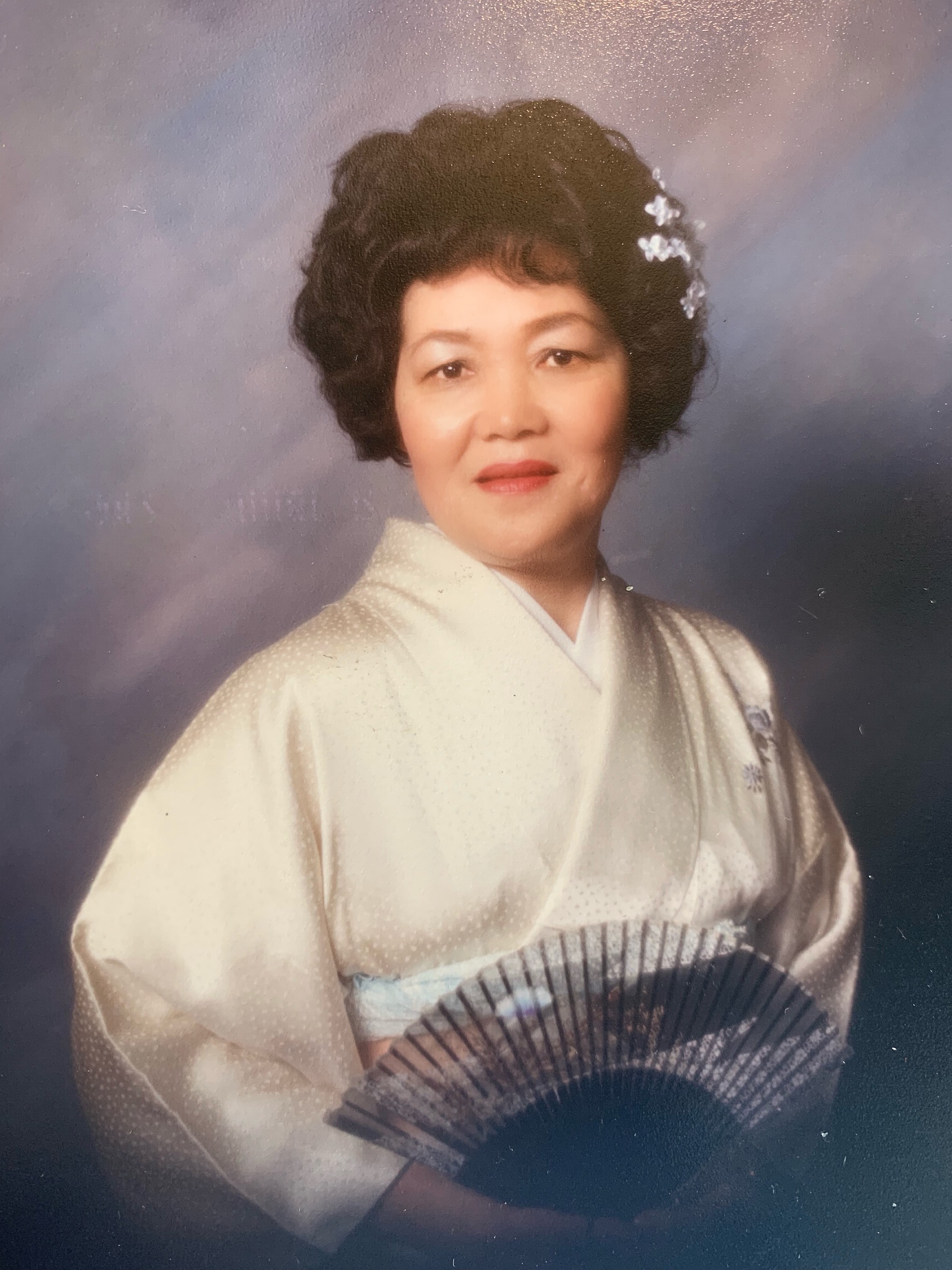 Kazue Grandy, a long-time resident of the Washington, DC area, who recently moved to Bluffton, SC, died Monday the 24th of June at Pruitt Health – Savannah.

Born in 1933 in Kawasaki, Japan to the late Mr. & Mrs. Nakajima, Kazue was 21 years old when she came to the United States after marrying her late husband, Albert B. Grandy, Sr., in Japan. She became a naturalized Citizen of the United States in 1976. She worked as a professional Seamstress for Hamilton Upholstery until her retirement in 1999.

Kazue loved to garden, creating beautiful flowers around her yard and admired by many. She enjoyed cooking Southern food for her family and their friends, yet stayed true to her Japanese culture with food, décor and friendships. She also enjoyed socializing and playing cards with her friends and had a smile and laugh that would light up a room.

In lieu of flowers, Memorial gifts may be made to the Kazue Grandy RX Fund, payable to CVCPHC Sunshine, 106 E. Broad Street, Savannah, GA 31401.

The Memorial Service will be held on Wednesday, July 3rd from 12:30 – 2:30 pm at Fort Lincoln Funeral Home in Brentwood, Maryland.

Offer Condolence for the family of Kazue Grandy