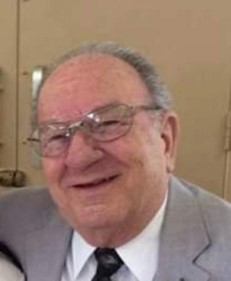 With heavy hearts, we announce the death of Michael Edward Rakyta of Savannah, Georgia who passed away on March 9, 2022 at the age of 87. He died at home under the care of Hospice of Savannah after a short illness.

Mike is survived by his second wife, Faye H. Chapman. They met at the Savannah Shag club and were married for over 22 years. His is survived by 2 stepdaughters, Michelle Adams (Mike) and Kymberly Chapman. Stepgrandchildren: Ashley Hutto, Justin Chapman, Megan Johnson, Katherine Adams, and Joshua Adams. As well as several step great grand children.

Mike was born in Torrington, Connecticut and was employed by Torrington Bearing Company for 45 years. He was sent along with several other employees to open a new plant in Sylvania, Georgia, where he worked until retirement in 1997. He was a talented musician and artist. He played the saxophone in different bands in Connecticut and Georgia.

After his marriage to Faye he moved to Savannah, Ga and made Savannah his home. He enjoyed dancing and was an avid bowler (3 to 4 times a week), golf, traveling and loved playing cards with friends.

A private service will be held in Torrington, Connecticut. In lieu of flowers, the family requests donations be made to Hospice of Savannah. The family would like to thank Barbara Chisholm and staff for the excellent care they gave to Mike in the last few weeks of his life.

Offer Condolence for the family of Michael Edward Rakyta