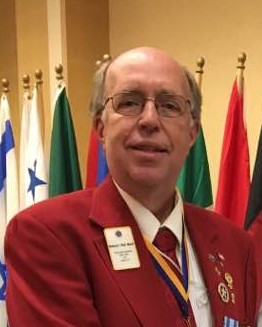 Born in Myrtle Beach, South Carolina, to Robert F. and Marjory Seastrunk Mizell. Rick was a life-long Lutheran, belonging to Faith Lutheran Church (ELCA) before it closed, then Trinity Lutheran Church (Missouri Synod). At both churches, he contributed his time and talents on the church council chairing various committees, as financial secretary, choir member, and all around “go to” man for anything electronic.

Rick was well known for his leadership in the International Lions Organization as a member of Savannah Port City Lions Club. He served at club, district, and state levels, holding most of the offices in the club; as District Governor (2005-2006), treasurer, and Lion tamer on the district level; and webmaster for the state; as well as many other services and duties to Lions. As a pioneer of state, district, and club level websites he won, placed, or received honorable mention internationally for best website for 10 consecutive years. He also received the Life Membership, Ervin Crumbley, and Hall of Fame for District 18 N (formerly 18-B) as well as being a Progressive Melvin Jones Fellow. He held more offices and received more awards than can be listed.

Rick was preceded in death by his parents and his older brother Robert M. Mizell.

Rick is survived by his brother George David Mizell of Mildenhall England; nieces, nephews, and cousins; and the membership of the Savannah Port City Lions Club where he will be greatly missed.

A Memorial Service will be held on July 16 at 4 pm at Trinity Lutheran Church, 12391 Mercy Blvd, Savannah, GA with a reception to follow in the fellowship hall.

The family asks that in lieu of flowers, remembrances be sent to one of the following:

Offer Condolence for the family of Richard S. Mizell