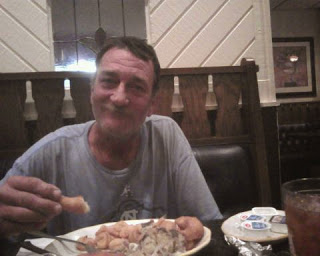 A native of Savannah, GA, he was a jack of several trades, with much of his life spent in the HVAC and hardwood flooring business, installing and repairing.

Many knew him by the nickname he gave himself: RAS, spoken as if it had a series of “z”s on the end.

He was always up for a good joke, a cold beer, and a rousing action movie, with a ready smile for all.

He was a man who experienced life on his own terms, as all who knew him will attest.

The way to best honor his memory is to raise a toast with your favorite beverage; either sweet tea or beer would please him greatly.

His request to be cremated is being honored by Families First Funeral Care, with a private celebration of life. www.familiesfirstcare.com

Offer Condolence for the family of Ronald Allen Smith