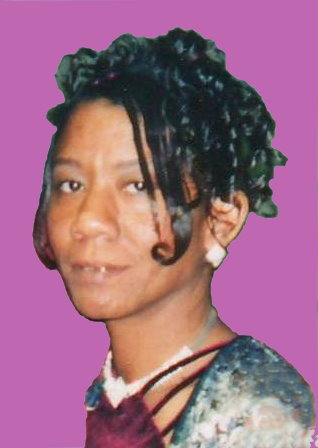 Sheila R. Barbour, 54, passed away on Wednesday May 14th, 2014 after a long battle with cancer. She was a very caring, giving, strong-willed and strong-minded person and will be sadly missed by her family and friends.

On November 29, 1959 Sheila Rafelita Hollingshead was born to Lilly Mae Jones and Wiley West Hollingshead at the Medical Center of Central Georgia in Macon, Georgia. At the age of three, Sheila went to live in Miami, Florida and was educated in the Dade County Public School System. Later re-locating to Fort Lauderdale, she met and fell in love with James Curtis Graham, Sr. From this union came her son, James Curtis Graham, Jr., the love and joy of her life.
While in Fort Lauderdale Sheila studied Cosmetology and did hair there for several years. Life brought a few tragedies her way. During those tough times, Sheila made the decision to join the N.A. (Narcotics Anonymous) Group Hall and subsequently celebrated 18 years "clean." She was very proud to say this to anyone who would listen.
Later re-locating to Aurora, Colorado, she used her management skills at a local Popeye’s Restaurant and the Colorado Village Inn. Moving to Savannah, Georgia in the Summer of 2006, she managed local Hardees and Krystal Restaurants. Sheila was a great manager, honest and fair to all her co-workers. She will be truly missed by everyone.
Sheila was preceded in death by her mother, Lilly Mae Jones, father, Wiley West Hollingshead, sister, Linda Marie Jones Calhoun, uncle, Abraham Jones, all of Macon; Uncle Jessie Jones, cousin, Veronica Jones "Baby Sister," cousin, Edward Horne, aunts, Bessie Mae Jones & Edna Horne, of Miami; aunt, Willien Carter Smith and Lilian Lester of Macon; and nephew, James L. Toles, IV of Savannah.
She leaves to cherish her memories her son, James Curtis Graham, Jr., a daughter, Jenny Bridges of Miami, grandchildren, King Graham, Jamari Graham, & Jamiya Hutchingson of Savannah, Melchizedez Mazyck & Isys Mazyck of Miami; special friend and devoted caregiver, Reginald H. Sirmons; sisters, Mary V. Johnson, Patricia A. Hollingshead, Linda Stephens, & Evelyn Hollingshead, all of Miami; brothers, Danny C. and Terry Hollingshead of Macon; devoted niece, Michelle D. Toles and devoted nephews, Michael D, Jones, Sr. (of Savannah) and Rodney Hollingshead of Miami; aunt, Katie C. Gooden of Macon; grand-nieces, MeChelle Jones, Charnese Jones & Tegan Jones of Macon; grand-nephews, Michael D. Jones, Jr. of Macon, Jarael L. Toles of Savannah & Malachi Jones of Austin, Texas; 1st cousins Ronald & Donald Jones of Miami; other friends and relatives of the Jones, Hollingshead, Graham, Barbour, Carter, Stewart, Fuller, Howard, Austin, Hubbard, and Sirmons families.
Please leave your thoughts and condolences for the family on our Tribute Wall.

Offer Condolence for the family of Sheila R. Barbour