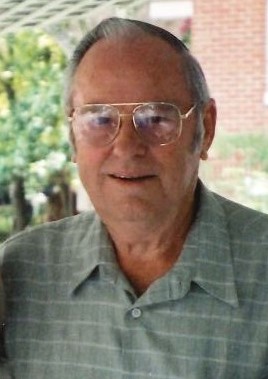 Stanley R. Wheelock of Savannah, Georgia passed away peacefully on August 8, 2017 at the age of 85 with his loving wife, Maureen, by his side. Stan has been surrounded by his entire family for the last several years as they all live close by in Savannah and Midway. Stan was born in Birchdale, Minnesota where he grew up with his parents Daniel and Ethel Wheelock, his three brothers Lester, Dean, and George and two sisters Doris and Vivian. Stan was the last surviving member of his family.

Stan left Minnesota after high school when he joined the Air Force. He served during the Korean War and was a Vietnam Veteran. While stationed in Liverpool England, he met and married the love of his life, Maureen Nash, and together they had four children, Stephen, Karen, Daniel and Gina. They lived in several different states and England while in the Air Force. Some of Stan’s favorite pastimes included fishing, hunting, and camping with his family. He loved nature and the outdoors. He instilled that passion into his children as well. He loved his grandchildren and most recently his great grandson.

Stan was preceded in death by his oldest son Steve Wheelock, his son in law Bob Dray, and granddaughter Emily Travis. He is survived by his wife Maureen, son Dan and his wife Lydia and their two daughters Verna and Regina, his daughter Karen, and daughter Gina and her husband Todd with their two children Louise and Christopher, and Louise’s son Emory.

Funeral Services with full honors will be held Tuesday, August 29 at 1:00 pm, at the Georgia Veterans Memorial Cemetery in Glenville, Georgia.

Offer Condolence for the family of Stanley Robert Wheelock