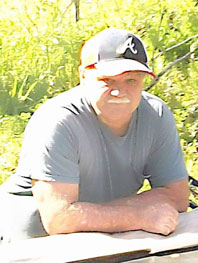 Wayne worked for A1C and A-1 Wrecker Service for many years  He was a member of Silk Hope Baptist Church and a strong man of Faith.  Wayne never met a stranger.  Loved anyone he came in contact with.

A Remembrance ceremony will be held for close friends and family.  In lieu of flowers the family suggests remembrances to Hospice Savannah.

A special thanks to Sharon Quaterman and Telecia Turner from Hospice Savannah.

Offer Condolence for the family of Dennis Wayne Thompson, Sr.

We mourn the death of Mary Lucille Kilpatrick, born on January 30, 1959, in Savannah, Georgia. Daughter of Jack and Lila Kilpatrick, she is survived by her children, Carla Chavira and Kyle and DeShae Warnock, and by her sisters, Cheryl Pagan and Ann Taylor, and their families. She graduated from Savannah High School, and resided in Richmond Hill. Her last years were marked by kind caretaking of her mother, Lila, enjoyment of gardening and the lottery, and love and laughter for her family, who will miss her greatly.

Offer Condolence for the family of Mary Lucille Kilpatrick

Born in Richmond, Virginia , she was the daughter of James McLeory and Mary Catherine McLeroy. She was an accountant for many years before becoming a homemaker.

Offer Condolence for the family of Joan Claudette Schuman

Marion Beckett, 78 of Savannah Georgia, passed away peacefully at Hospice Savannah on December 19, 2016. He never once lost his spirit or faith.

Marion was born in Estill, South Carolina on April 16, 1938 to the late Richard Beckett and Elizabeth Wallace Beckett. He was the fourth of 10 children.

As a young man, Marion lived in Charleston, South Carolina. There he met and married Gladys Simmons. Out of this union, were three beautiful children: Junior, Elaine, and Anthony whom he loved dearly. He later relocated to Brooklyn, New York where he spent over 40 years. There he met Luvenia Mitchell; from this union they raised their three children: Annette, Roy, and Sheila whom he loved dearly. In 2008, Marion moved and resided in Savannah, Georgia, where he met and married Barbara Hughes.

While he lived in Brooklyn, Marion was affectionally known as “Grandpa”, “Dada”, and “Cigar”. These names were given to him because of his kindness, fatherly nature, and his good-humored personality. He loved being around people, and everyone loved him.Marion worked at the Teke-Plex Tile Company and after 30 years of employment, he retired. He was also a proud member of the Agape Church of Jesus Christ in Savannah, Georgia.

“HE WILL FOREVER BE REMEMBERED”

Offer Condolence for the family of Marion Beckett

She was born November 2, 1921 in New York City to parents William and Minnie (Finger) Richter.

Evelyn was a true embodiment of ‘Rosie the Riveter’. During World War II, with so many men away, she joined the workforce supporting the war effort. As a welder at the Brooklyn Navy Yard, she helped build the battleship USS Missouri. She also worked at plants in Ohio and California building our bombers. While always hoping for a world at peace, she remained a strong supporter of our military.

A college graduate, Mrs. Oakley worked for many years at different oil companies in New York. It was during this time that she met her husband-to-be, Norman.

Evelyn loved to travel when she could, and she loved animals and donated and supported their causes until she was no longer able.

She was preceded in death by her husband, Norman F. Oakley.

Service arrangements have not been finalized at this time.

Offer Condolence for the family of Evelyn Anna Oakley