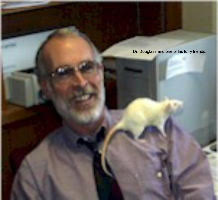 Dr. William Keith Douglass died on November 17, 2017, after a long and courageous battle with prostate cancer.

Keith was born and raised in Harrisburg, Pa., but he spent the greater part of his life in Savannah. Starting his long academic career in a four-room (six grades) red brick Riverside Elementary School, he proceeded to graduate from William Penn High School, accompanied by a wonderful group of alumni with whom he was fortunate to maintain life-long friendships. Keith grew up in the Presbyterian church, where he was encouraged to critically evaluate, rather than blindly accept, the tenants of the faith. This led naturally to the empirical approach to psychology which he began studying at Franklin and Marshall College. After receiving a Ph.D. in Experimental Psychology from Syracuse University, Keith accepted a faculty position in the Psychology Department at Armstrong State College in 1970, where he established the “Rat Lab” that is still in existence today.

He taught psychology at Armstrong for thirty-seven years full-time, followed by a few years part-time. During that time, he received many departmental and collegiate awards and accolades for his contributions to the academic program. He particularly enjoyed teaching research methods and statistics, and spent much of his time working one-on-one with students involved in their own research projects. He was in touch with many of his former colleagues and students up to the time he took his last breath, which is a testament to the mutual respect, admiration, and love they shared for many years.

When he wasn’t teaching, Keith enjoyed participating in triathlons (134 of them to be exact) , a sport which, in his words, required little in the way of coordination, of which he had little, and a lot of persistence, of which he had a fair amount. He also had a life-long interest in model railroading, a hobby inspired by his growing up in the busy railroad town of Harrisburg.

Keith is survived by his loving wife, Becky. Keith’s and Becky’s individual experiences with cancer helped them appreciate how wonderful the rest of life could be, and how lucky they were to have each other while fighting the disease. Among many things they enjoyed together was travelling. They rode trains throughout Alaska, Colorado, West Virginia, Tennessee, North Carolina, Oregon, Pennsylvania, Texas, New York, Scotland, England, and Wales; travelled to China and climbed to the top of the Great Wall; to Peru, and hiked Machu Picchu; and to Russia and Italy.

Keith is also survived by his sons from his first marriage to Virginia Cupp Douglass: Jeffrey Keith Douglass (Mary) and Timothy William Douglass (Elizabeth) and his three extra wonderful grandchildren, William Kelley Douglass, Sara Ault Douglass, and Ella Virginia Elizabeth Douglass; Becky’s children by her previous marriage, Rachel and Joseph Wilson; his brother Kent and his wife Becky and their children and grandchildren, all in Texas; and innumerable dear friends.

A celebration of Keith’s life will be held on Sunday, December 10, 2017, at 2:00 in the afternoon, at Skidaway Island State Park. Keith requested that any remembrances be made to the Friends of the East Broad Top Railroad or to Hospice Savannah.

Offer Condolence for the family of Dr. William Keith Douglass