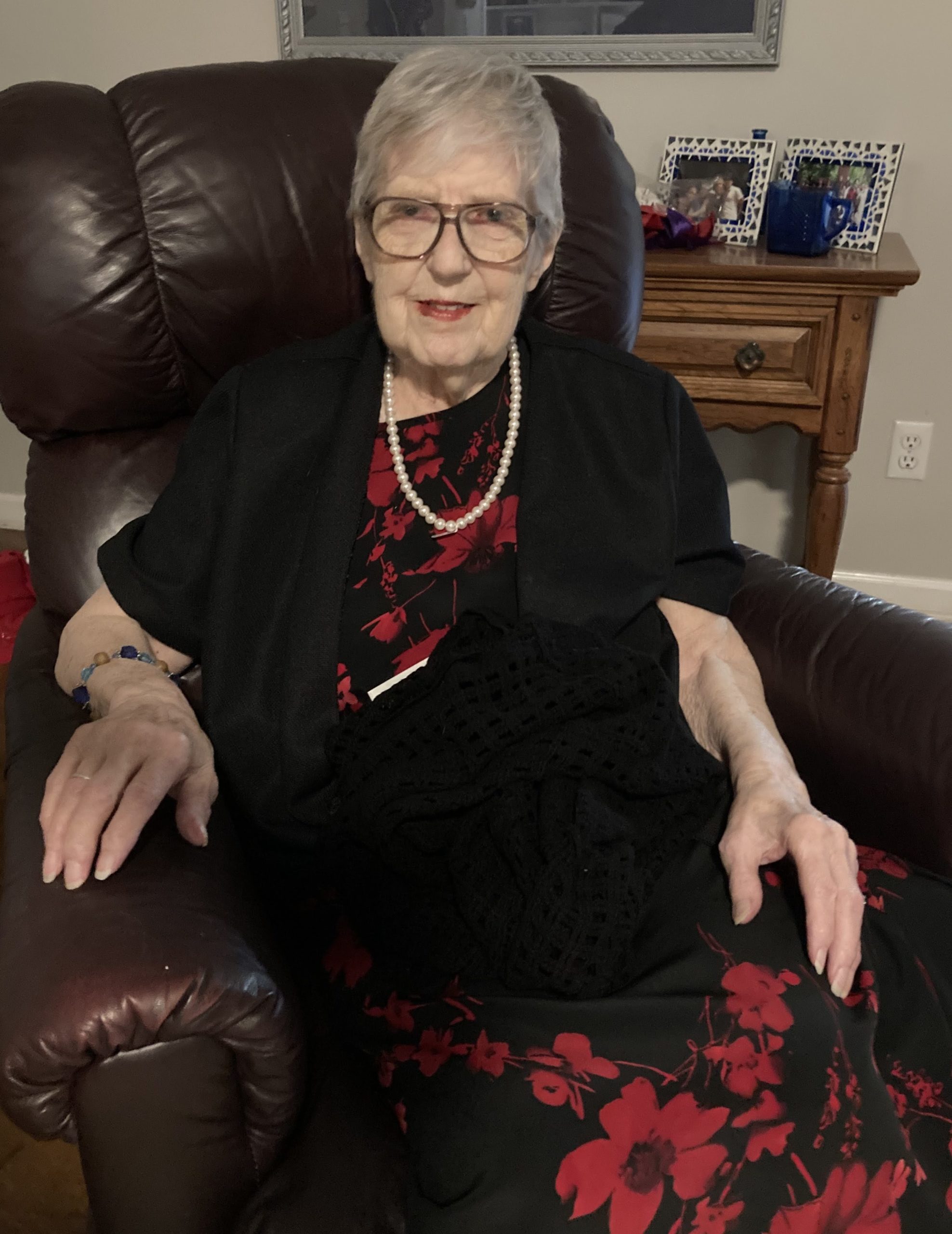 Patricia Rose Shineflew, known as Grandma Pat by friends and family, fell asleep in death on August 26, 2021, in Savannah, Georgia.

Pat was born on May 24, 1932, in Iowa City, Iowa. Along with her two siblings Mike and Virginia, she was raised by Charles and Norlene Roblin on a farm in Storm Lake, Iowa.

As a youth, she was class president and yearbook editor and participated in band, chorus, and school plays. She enjoyed playing the piano and spent many years teaching her skills to others.

In 1950, she married her high school sweetheart Merlyn Lester Andersen. Together, for 23 years, they raised their five children, Steve, Tim, Vicky, Christi, and Amy. Pat was a very industrious woman, and she worked many jobs to provide for her family.

In the 1970s, the family moved to Iowa Falls, Iowa. Pat was baptized as one of Jehovah’s Witnesses in 1976. She volunteered much of her time and energy sharing her faith with others. She also enjoyed reading, writing, baking, and planting flowers. In 1977, she married Joseph David Shineflew. Pat lived in Iowa Falls, Iowa until 2019, when she moved to Richmond Hill, Georgia to be near her daughter, Christi. Pat enjoyed time with her friends and family until falling asleep in death.

She was preceded in death by her husbands, siblings, parents, and one grandson, Jared.

Offer Condolence for the family of Patricia Rose Shineflew