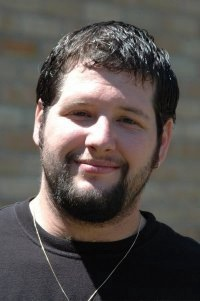 Tom Seipel, Jr. passed away to meet his Lord and Savior, Jesus Christ on February 13, 2021.   Born in Columbus, Ohio on April 8, 1981, he fought a courageous battle with cancer for more than three years. Growing up in Columbus, he attended Hilliard Davidson High School where he excelled in vocal music, tennis and golf. A graduate of The Ohio State University, he moved to Seoul, South Korea to teach English to kindergarteners for a year. He then returned to the States to live in Murray, KY where he worked as a Children’s Minister for several years. Following a calling, he moved to Managua, Nicaragua where he opened and operated a children’s ministry to provide meals and after school tutoring for the poor children of Managua. In addition, he taught at Nicaragua Christian Academy, a Christian High school.

While in Nicaragua, he met and married the love of his life, Margarita. In 2014, their daughter, Mia Isabella, was born. In October of 2017, he was diagnosed with kidney cancer. Over the next two years, he traveled back and forth to Savannah, GA, the home of his parents, Tom and Anita, for treatment. But in October of 2019, his cancer had spread throughout his body and he and his family moved to The Landings on Skidaway Island, Savannah for more extensive care. While able, he continued to participate in golf and tennis with his parents and his Landings friends.

A life-long OSU Buckeye fan, his real passion was the Cleveland Browns. Through good times and bad, his loyalty never strayed. One of his last goals was to survive until his “Brownies” would make the play-offs. And they did! Thanks to loyal Browns supporters, including quarterback, Baker Mayfield and his wife, Emily, Tommy and his dad attended the final regular season game where the Browns defeated the Pittsburgh Steelers to gain a playoff spot for the first time in years. It was a magical weekend that provided him with a tremendous boost at the end of his life.

Tom’s faith never wavered. At the beginning of his battle, Tom wrote “I want more time, but time is my biggest enemy. I want to survive this. I want to be a survivor. I want more time. At the same time, I sit here and think. I think about the “what if’s”. I always need to be prepared, so I am trying to figure out a plan A, B, and C. The sad thing is I have no clue what’s going on. I want to be transparent throughout this process. I want to document every win, and every struggle. I want to look back on this and see the strength God gave me when I needed it most. Or if He has a greater plan, people can look back on this and know who Tom Seipel was a little more…I am not afraid of what might happen to me, I’m afraid of what might happen to others. I have fear. Not fear of the devil. But I fear not being around for the future. I fear not seeing Mia grow up. I fear for Margarita and her needing to raise her alone. I KNOW God will take care of it all. But that’s where my human and flesh self gets in the way and the fear starts. But yet, I am at peace…”

Tom is survived by his cherished wife, Margarita, his treasured daughter, Mia, his loving parents, Tom and Anita Seipel, and many students, friends and family all over the world. This world has lost a truly wonderful, compassionate, and funny guy but it is heaven’s gain. He will be up there with many of his friends and family singing with the angels and cheering on his Browns while watching over his beloved wife and daughter.

The family would like to thank Hospice Savannah for their compassionate care. Contributions to help with the education and life expenses of his family can be made to a Go Fund Me account set up in Tom Seipel’s name for family support.

Offer Condolence for the family of Tom Seipel, Jr.