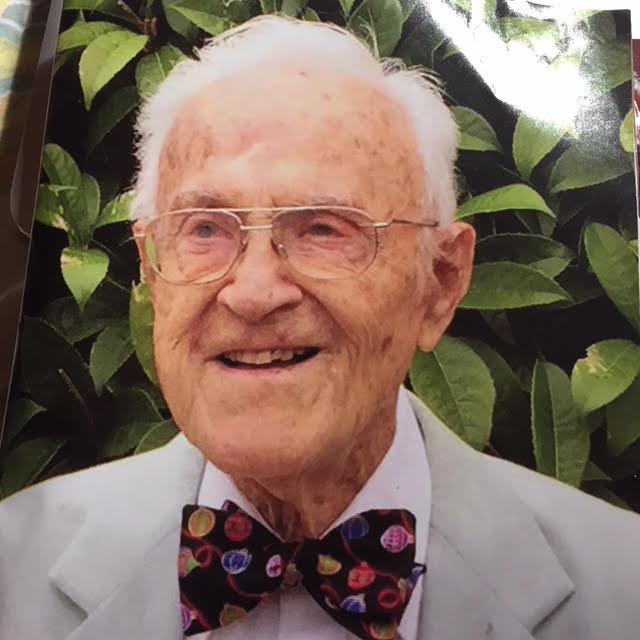 William Augustine Adamcak, of Savannah Georgia passed away Thanksgiving morning November 23rd, 2017 at the age of 98, surrounded by the women of his life. He is survived by his beloved wife Elvi, and daughters Christine Adamcak Dunkel (David), Michele Adamcak (Greg Allers), Patricia Adamcak and Sandy Adamcak Forrestel (Richard), his cherished grandchildren Marika and Nicki Allers, Sean Adamcak Dunkel, and Jack, Olivia and Emmett Forrestel and his brother Raymond age 93 of Ocala, Florida and many nieces and nephews. A retired Command Sergeant Major in the Army, he served his country for 33 years. Born November 19, 1919, in Swoyersville Pennsylvania, he was one of eight children raised in a Catholic Slovak family in the heart of coal mining country. He enlisted in the army in 1941, and as part of the Greatest Generation took part in the D-Day Invasion of France, landing on Omaha Beach in Normandy. He was injured during this battle, for which he was decorated with the Purple Heart. Following WWII, while stationed in Trieste Italy, he met his wife, Elvi, to whom he was married for 65 years. During his military career he was assigned to multiple stations, including the Pentagon, AFCENT in Naples Italy, and NATO in Fontainebleau France. He also served in the Korean Conﬂict and the Viet Nam War. He was a devout Catholic and long-time parishioner of Blessed Sacrament Church, where he was an usher for many years. A life-long sports fan his loves were football, Atlanta Braves baseball, and golf, which he played for 58 years, until the age of 90. He was also a long-term member of the Habersham YMCA, where he enjoyed exercising and socializing, which he continued until the week before his death. As an animal lover he always had a dog lying by his chair. God, family honor and country were his guiding principles. He will be sorely missed by his family and friends. The family wishes to thank the staff and volunteers of Hospice Savannah for their loving caring during his ﬁnal days, Elizabeth Rick, his personal trainer, Vicky Scott, his personal aide, and Doctors Karen Turner, Stephen Carpenter, Thomas Shook and Robert Rollings and staff. Visitation will be at Blessed Sacrament Catholic Church on Wednesday, November 29,2017, from 5:00 to 6:30 pm immediately followed by a vigil service. The funeral services will be held on November 30,2017 at 11: 00 am at Blessed Sacrament Church. In lieu of ﬂowers donations can be made to Hospice Savannah (Hospice savannah.org) or Disabled American Veterans (dav.org)

Offer Condolence for the family of William Augustine Adamcak