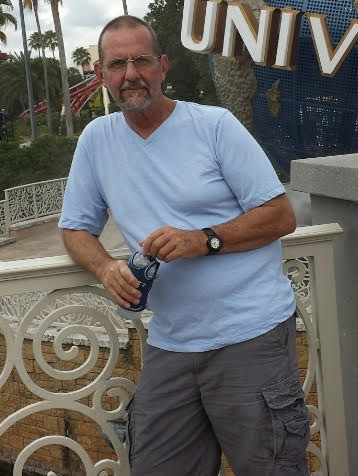 William Russell (Russ) Craft, of Port Wentworth, passed away Monday evening, May 17, 2021 at his home surrounded by his loved ones.
He was preceded in death by his father, Jim Quade.
Russ was born in 1955 in Ironton, OH and grew up across the river in Ashland, KY. He attended Paul Blazer High School. After high school, he enlisted in the United States Air Force, and when he left the Air Force, he began working in the aviation industry. He moved to Georgia around 1994. In 2005, he moved to Savannah and began working at Gulfstream, where he was employed for 16 years.

Russ’s favorite thing to do was be in his UK decorated garage. He loved sitting out there with the garage door open, waving at everyone that passed by and honked at him. He had neighbors and co-workers that were very special to him. He was an extraordinary craftsman and loved working with his hands.

Russ is survived by his wife and companion of 26 years, Patricia Craft, to whom he loved very much. He had 2 children from a previous marriage that he was devoted to. His daughter, Heather Craft, her companion Chris Hall; and his son James Russell (Russ) Craft, who is a spitting image of him. His sister Cheryl Vanhorn was also at his side when he passed. His mother Thelma Quade and his brother Tim Quade still reside in Ashland. He had 2 step-children, Sabrina McCoy and Samantha Hubner.

Russ was pawpaw to Brooklyn Garland, Ace McCoy, Scott Lumpkin and Mollie Hubner. He loved his grandkids fiercely and they loved him.

To honor his wishes, he was cremated and Trish plans on holding a “Celebration of Life” ceremony in Savannah and one in Ashland with a date to be determined.
Go Big Blue!

Offer Condolence for the family of William Russell (Russ) Craft